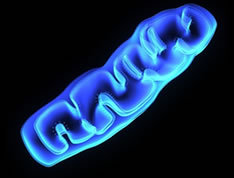 Please note that this service has to be ordered by one of our practitioners and cannot be booked by a patient without a consultation.

What is aging? It’s not just a case of crossing off the years as they pass. It refers to progressive physical and mental deterioration which takes place as we age. It is common for people whose energy production is becoming depleted to say “oh, I feel old”, but it doesn’t have to be that way. There is now a way to monitor energy production in the body and by doing so, find the fixes that are needed to be made.

Bio-Energy Testing is a service which measures how well your mitochondria are functioning. Every cell in the body contains thousands of tiny bubble-like mitochondria which, when they are not functioning optimally, are the root cause of every disease, obesity, and even the very process of aging itself. For this reason, the information from Bio-Energy Testing can be used to determine what you need to do to correct any underlying issues that you may not be aware of.

The importance of Bio-Energy testing and correcting the underlying cause of energy issues.

How Does It Work

The Bio-Energy test measures the amount of oxygen your body uses and the amount of carbon dioxide it produces, firstly at rest and then at different exertion levels while you are exercising on a bike. For people with chronic conditions who cannot exercise, a reading taken at rest will be sufficient.

The amount of oxygen the body is using will indicate the efficiency of the mitochrondia, and the carbon dioxide production determines fat metabolism.

By measuring the ratio of oxygen consumption to carbon dioxide production, optimum carbohydrate intake can be determined.

Bio-Energy Testing analyses an enormous amount of data and calculates your energy production dynamics (or metabolism) when resting and exercising.

Who Should Be Tested?

Bio-Energy Testing is one of the latest cutting-edge therapies offered by LifeWorks. To find out more, call our New Patient Coordinator at 727-466-6789.