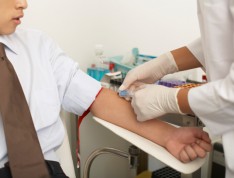 Autoimmune disease occurs when the immune system of the body which normally protects us from disease and infection, literally attacks its own cells leading to dysfunction of those tissues.

This may be restricted to an individual organ or may involve a particular tissue in different places like nerves, muscles, an endocrine gland or a digestive organ. There are more than 80 types of autoimmune disease and it is one of the most frequent reasons that people visit us at our Clearwater clinic. Among the most common autoimmune diseases are Hashimotos thyroiditis, systemic lupus, colitis, rheumatoid arthritis, multiple sclerosis, diabetes type 1 and Crohn’s disease.

At LifeWorks, part of the treatment of autoimmune disease may include immunizing the patient to their own blood. In this simple but effective procedure, a small amount of a patient’s blood is taken and mixed with a homeopathic remedy and then is delivered back into the patient. This has the effect of re-programming the patient’s immune system and in many cases, begins the process of improving their symptoms toward recovery.

Autoimmune Disease treatment has helped many Tampa Bay residents and it could do the same for you. Call 727-466-6789 for an appointment.