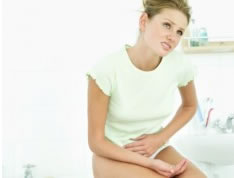 Those women who are affected with endometriosis will have excess endometrial tissue growing outside of the uterus. The abnormal growth of endometrial tissue usually occurs in other areas of the reproductive system including the ovaries, fallopian tubes,and pelvic ligaments. Endometrial growths may also occur in the bladder, bowel, intestines, and rectum. Because the tissue is endometrial, it follows the hormonal “trigger” that the lining of the uterus (endometrium) follows; the endometrial growths will swell and bleed just as the lining of the uterus does, but with no means of exiting the body. The trapped blood causes an array of health problems that are chronic in nature, and many medical professionals have come to understand that there is a strong connection between autoimmunity and endometriosis.

Symptoms of endometriosis can arise as soon as a girl gets her first period; the symptoms are not always noticeable early on but can worsen as she gets older. Any woman in her reproductive years can be afflicted with endometriosis, and the disease seems to affect women of all ethnicities and socioeconomic backgrounds equally.

There is no definitive explanation for why and how endometrial tissue forms outside of the uterus. The most common explanation is retrograde flow, which suggest that menstrual tissue flows backward through the fallopian tubes and sticks to the ovaries. In theory, the backed up tissue leads to the formation of an endometrial lesion that grows over time. However, modern research reveals that 90% of women experience retrograde menstruation, yet only 1 in 10 are affected with endometriosis (according to the Endometriosis Foundation of America). With this knowledge, experts have dismissed the retrograde menstruation theory as the cause of endometriosis. Instead, medical professionals have researched a relationship between hormonal or autoimmune problems (or some combination of the two) and endometriosis.

Unfortunately, dioxin is more common than one might imagine. For example, if you’re a coffee drinker, The EPA states that 40% to 70% of dioxins found in bleached coffee filters will be transferred into your coffee and thus, directly digested.

As with many other autoimmune diseases, nutrition plays a vital role in the overall function of the immune system. Immune-boosting supplementation and the elimination of dioxin-heavy foods like dairy and meat have been reported to successfully treat endometriosis. Rebuilding the immune system with powerful, holistic healthcare has proven to be a very effective alternative to mainstream medicine.

LifeWorks Wellness Center has successfully treated patients with a variety of conditions from all over the country. Our autoimmune disease specialists effectively take all your symptoms into consideration when making a diagnosis, and every treatment is tailored to your individual and specific needs.

Our natural medicine approach takes the person’s entire body into consideration and addresses it as a whole, which often leads patients to better recovery outcomes. With this approach a patient’s body is supported and mobilized to heal itself, whether from endometriosis or any other illnesses that tends to occur with a compromised immune system.

If you are experiencing chronic symptoms of any kind and have yet to receive a proper diagnosis or treatment, you may be afflicted with an autoimmune disease.

At LifeWorks Wellness Center, our autoimmune disease doctors understand the array of symptoms that can occur and will devise an individualized treatment that will address your specific health issues.

To schedule an appointment with an autoimmune disease doctor or for more information about holistic healthcare and our services, please call our New Patient Coordinator at (727)466-6789 or submit a web form online today.