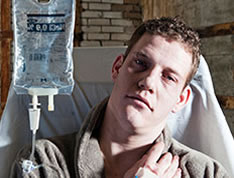 Why Do People Get Chronic Lyme Disease?

Lyme Disease has eluded doctors for many years. Those who are bitten by the infectious deer tick (or mosquito) usually do not realize they have been bitten and do not show the telltale sign of the bullseye rash anywhere on there skin. In fact, only 1 in 5 Lyme sufferers ever exhibit such a symptom, yet it is often the only clear-cut sign that doctors can solely identify as being representative of Lyme. If and when a person is diagnosed with Lyme, mainstream medical practitioners will usually treat him or her with a two-to-three week course of antibiotics. Considering Lyme disease is a bacterial infection, the antibiotic treatment seems practical and in some cases, will rid the person of Lyme completely.

However, if the disease has gone untreated, the likelihood that one short course of antibiotics will kill the bacteria entirely is unlikely. Although symptoms may disappear for a short while, the remaining bacteria will eventually flourish once more and many who have been treated will relapse back into full-blown, chronic Lyme.

The CDC states that approximately 10 to 20% of Lyme disease patients will experience lasting symptoms after antibiotic treatment. Because the prevalence of symptoms goes beyond the scope of antibiotic treatment, the lingering condition is known as post-treatment Lyme Disease syndrome (PTLDS). In a 2013 article by The New York Times, Dr. John N. Aucott, an infectious disease specialist from Maryland states that PTLDS is “a real disorder, although nobody really knows what’s happening.”

In an even more unfortunate circumstance, some Lyme sufferers are diagnosed far too late into their infection. With such vague and overlapping symptoms, Lyme is often misdiagnosed or mistreated, leaving the patient with chronic pain that only seem to worsen with time. Although the disease is fairly common, doctors frequently dismiss Lyme in lieu of other medical problems including depression, chronic fatigue, and--in the most extreme cases--hypochondria.

The incidence of PTLDS has increased over the years, and patients who have undergone antibiotic treatments are coming forward with symptoms they thought had disappeared long ago. Research has revealed that even long-term antibiotic treatment can leave some of the Lyme bacteria unscathed. When the bacteria is not completely eradicated, superficial symptoms can cascade into more serious, neurological conditions.

It is not surprising that chronic Lyme patients might also be afflicted with autoimmune diseases like multiple sclerosis (MS) or rheumatoid arthritis. What starts off as a disease bearing physical symptoms like sore joints and chest pain can transform into a chronic illness bearing symptoms of cognitive dysfunction, memory problems, chronic fatigue, and mood disorders.

Medical specialists believe the autoimmune response that triggers the aforementioned symptoms is a result of the residual damage that occurs during the initial infection. The outer coat of the Lyme bacteria is similar to tissue found in our nervous system, and it is believed that the immune system reacts to this leftover tissue, attacking it and mistakenly attacking neuronal tissue as well. Thus, the bacterial tissue that was not eliminated via antibiotics “confuses” the immune system. The onset of chronic symptoms thereafter are misattributed to other autoimmune diseases, and likewise, the autoimmune diseases may be a direct result of the Lyme infection itself.

It is more than apparent that in the case of Lyme disease, practical antibiotic treatments are not always effective in treating the disease. With up to 20% of diagnosed Lyme patients experiencing chronic Lyme even after being administered long-term antibiotic treatments, it’s important for those afflicted with chronic Lyme to find treatments that work to rid the body of the devastating bacteria and rebuild the integrity of the immune system so it may fight the residual bacteria that causes the chronic symptoms in the first place.At LifeWorks Wellness Center, an all natural holistic healthcare approach has been used to successfully treat chronic Lyme patients all over the country. With individualized treatments tailored specifically to the patient’s needs, our holistic approach is sure to alleviate the symptoms and address the cause of the disease at it’s root.

Meet With An AutoImmune or Lyme Disease Specialist

With any chronic condition such as Lyme disease, implementing effective & holistic treatments that will put you on the road to recovery is a top priority for all of us at LifeWorks Wellness Center.

We provide every patient with individualized, quality treatment. As one of Florida’s top autoimmune disease clinics, our doctors understand what you are going through and can give you a proper diagnosis that will identify whether you are suffering from an autoimmune disease or even Lyme.