Cancer: What is it?

Cancer: What is it? 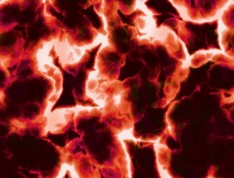 Cancer is a complex group of diseases with many possible causes:

Genetics: Cancer is such a common disease that it is no surprise that many families have at least a few members who have had cancer. Sometimes, certain types of cancer seem to run in some families due to an abnormal gene that is being passed along from generation to generation.

Tobacco use: Smoking is responsible for nearly 1 in 5 deaths in the United States. Because cigarette smoking and tobacco use are acquired behaviors -- activities that people choose to do - smoking is the most preventable cause of death in our society

Poor diet and inactivity: Two key factors that can increase a person's cancer risk. Each year, about 570,000 Americans die of cancer; fully one-third of these deaths are linked to poor diet, physical inactivity, and carrying too much weight.

Environmental toxins: Substances and exposures that can lead to cancer are called carcinogens. Some carcinogens do not act on DNA directly, but lead to cancer in other ways. For example, they may cause cells to divide at a faster than normal rate, which could increase the chances that DNA changes will occur. It is estimated that over 80% of cancers are caused by environmental toxins.

If you feel you have a risk of getting cancer, or if you have already been diagnosed with it, we can help at our Clearwater clinic.

For an appointment or more information,call the New Patient Scheduler at 727-466-6789.