Cancer: Your chances of getting it and how to survive it

Cancer: Your chances of getting it and how to survive it 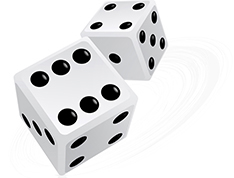 Cancer is a word that strikes real fear in people – fear of getting the disease, and fear of the outcome if they have been diagnosed. That fear is hardly unwarranted with cancer rates continuing to soar in the US, where men have slightly less than a 1 in 2 lifetime risk of developing cancer; for women, the risk is a little more than 1 in 3.*

At LifeWorksWellnessCenter, we recently surveyed our patients to find out their major health concern. Unsurprisingly, it was being diagnosed with cancer, with more than half citing a family history of the disease as the reason for their fear. Many others also felt that getting the disease was almost inevitable, naming poor food choices, lifestyle and the environment as major contributing factors.

Will You Get Cancer?

But what if there was some way to actually determine if a person’s metabolism was supportive of getting cancer or if a pre-cancer state was already there? Well there is. At LifeWorks, we offer patients a Metabolic Cancer Profile (MCP) – a test which has the ability and sensitivity todetect biochemical changes leading to malignancy or if one exists could show it in early stages. The name of the game is cancer prevention and so the ability to see into the future is a wonderful thing. The MCP is based on the premise that detectable biochemical changes occur in the human body during its transformation into a cancerous state, and these changes can be noted up to 12 years prior to diagnosis. Knowing that the developmental process of cancer can take 10 to 12 years, we may be able to detect the very beginning of the disease and if the test results show an elevated marker, advise patients how to make lifestyle changes.

The first step is to eliminate all known carcinogens from their environment, usually in the form of undesirable foods, drinks, air, clothes, etc. If a patient has the benefit of the warning signal of elevated markers, it gives them a chance to really put their eating and drinking habits under the microscope. Then they can make the changes we suggest, which is much easier to do when they know their lives may depend on it.

Cancer and Chemo – The Truth

When a person is diagnosed with cancer it can be frightening, not least because the route to remission can be an unpleasant one. The traditional course is surgery, followed by radiation and rounded off with a dose of chemotherapy.

When first detected, most tumors are the size of a grape and average 10 trillion cancerous cells. A course of chemotherapy kills 99% of those cells but the remaining 1% still equates to 10 billion cancerous cells which continue to live on in the body. In fact, stem cells become the mother cells for cancer, because they have the ability to resist the power of the chemotherapy.

Most chemo protocols are designed to kill the cancer cells by giving the patient very high doses of chemotherapy which can have unpleasant side effects such as hair loss, weight loss, nausea, and immune system depression. Survival for five years is considered a "cure", no matter how much damage has been done to the patient's general health. And the sad reality is that a large fraction of patients who die of cancer "complications" actually die from the side effects of treatment.

A Strategy for Survival

What if you have been diagnosed with cancer and are currently fighting it, or are in remission? At LifeWorks, we work with cancer patients, whether they are following the traditional chemotherapy route or are embracing more natural options.

We help to strengthen the patient’s fight against cancer by nutritionally building up their immune system and helping them detoxify their body. Important in this process is the oxygenation of the cells, since cancer hates oxygen.

We also help to build up the patient’s metabolism, so it is optimized and can fight the cancer. Throughout the process we monitor hormone levels, do blood work and evaluate the immune system. Our protocols do not break the body down or damage the immune system and are a gentler therapy than traditional.

At LifeWorks, we are continually helping patients either prevent, or fight, cancer and we can do the same for you. Call 727-466-6789 today for an appointment or more information.

“In 1998, I received a scary report from my then physician that my PSA (prostate specific antigen) was at 6.6 and high for a 44-year old, and that I needed a needle biopsy. The biopsy showed moderately aggressive cancer and I was immediately told : surgery, chemo, and radiation. But deep inside, I knew better. I just had to take responsibility, and get a lot of knowledge to make the best decision. Dr. Minkoff helped me tremendously, pointing the way for my best decisions. I am now a 58-year old who is the picture of health, no symptoms now or ever. It is true our bodies must have proper fuel and no toxins to do well. Again, I thank and acknowledge the great job this doctor does. I am happy to share my health journey testimony with anyone.”*
Charles C