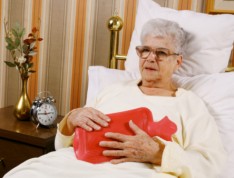 As the main gateway into our body, the gastro-intestinal system, which includes the mouth, esophagus, stomach and 26ft  of intestine, is susceptible to a range of problems. Problems can result in the common symptoms of nausea, stomach pains, vomiting and diarrhea.

One of the most common forms of gastric problem is irritable bowel syndrome (I.B.S.), also known as spastic colon. I.B.S. seems to be linked with food allergies, bacterial or yeast overgrowth, or nutritional deficiencies.

Signs and Symptoms of Gut Issues

At our Clearwater clinic our programs commonly have patients' intestinal tract running well within 2-3 months of starting.  Then, if they have been on prescription medication they can be weaned off as their health restores.

If you have been suffering from indigestion, acid stomach, food sensitivities, ulcerative colitis, Crohn’s Disease we can help.

The Gastrointestinal (or GI) tract actually begins in the mouth and travels all the way down through the body to the anus, running between 25 – 32 feet in length in adults. The GI tract includes the oral cavity, pharynx, esophagus, stomach, small intestine, large intestine,...

As we in the West eat an increasingly more refined, over-processed diet and take less and less exercise, we pay the price with our health. There are many ailments brought on by poor diet, but one of the most common and often the first indication that our diet is inadequate is constipation. It is the ...

Many patients have been suffering the very unpleasant symptoms of small intestinal bacterial overgrowth for years, without being correctly diagnosed. Many of them have been prescribed lots of antibiotics in the past for various health issues have had their gut flora changed drastically as a result. What is SIBO?

At our Clearwater clinic we can assist the body in defending itself against cancer and other chronic diseases through nutritional support and immune enhancement. Dr. Springer is a Doctor of Naturopathic Medicine, and expert in endocrinology (the hormone system), as well as gastroenterology (the digestive system). He has an in-depth knowledge of the right herbs...

The word Kinesiology means Science of Movement which looks at the whole person (not just at selected parts). Kinesiology looks at all types of stresses which can cause disease. They include emotional, nutritional, structural and electrical stress. The basis of Kinesiology is that the body is like an electrical piece of equipment, which is controlled by an incredibly complex computer, namely the...