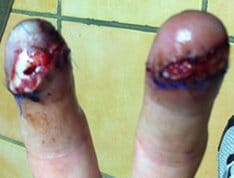 On Sunday, July 15, 2012 I had a very nasty accident. I was cutting wood on a table saw when the wood bounced back, and as I reacted to it, I badly cut through the first two fingers of my left hand. The top quarter of my index finger which was almost sliced completely off, was hanging on by a piece of skin and my second finger had a very deep cut.

I went to the ER and was told by the nurse who stitched me up that she was “only going to put a few stitches in the finger, because you’re going to lose it anyway.” The attending doctor said the same, saying she was 99% certain the top of the finger would be lost. The nerves and bone had been sliced through so it would never recover, and they referred me to a plastic surgeon and told me to prepare myself for having the top quarter of my finger removed.

I was told to report to my regular doctor 2 days later to have the dressing changed, and since I am a patient of LifeWorks, I went to see Sue Morgan. Sue was painstaking in her removal of the dressing, which was caked with dried blood, making it a very painful process.

What was revealed was not a pretty sight. The top of my index finger was totally white and looked completely dead. The lack of sufficient stitches had left a gaping hole, and the possibility of infection was considerable. The whole top of my finger was very loose and the outcome didn’t look promising. The second finger was also badly cut, but save-able.

However, instead of giving up, Sue made it her mission to save my finger. She consulted with Dr. Minkoff and the two of them mapped out my course of treatment. I had to visit LifeWorks twice a day for the following:

Afternoon:
# 1, 3 & 4 were repeated.
After 10 days, Sue removed the stitches from my middle finger and we were both encouraged that it had healed well. Also, remarkably my index finger was no longer white, but actually had a pale pink tone which indicated that some blood was getting to the tip. A week later, Sue carefully removed its stitches. My finger-tip was still a bit loose, so Sue dressed it with Steri strips to hold it in place. Now I only had to visit the clinic 3 times a week. 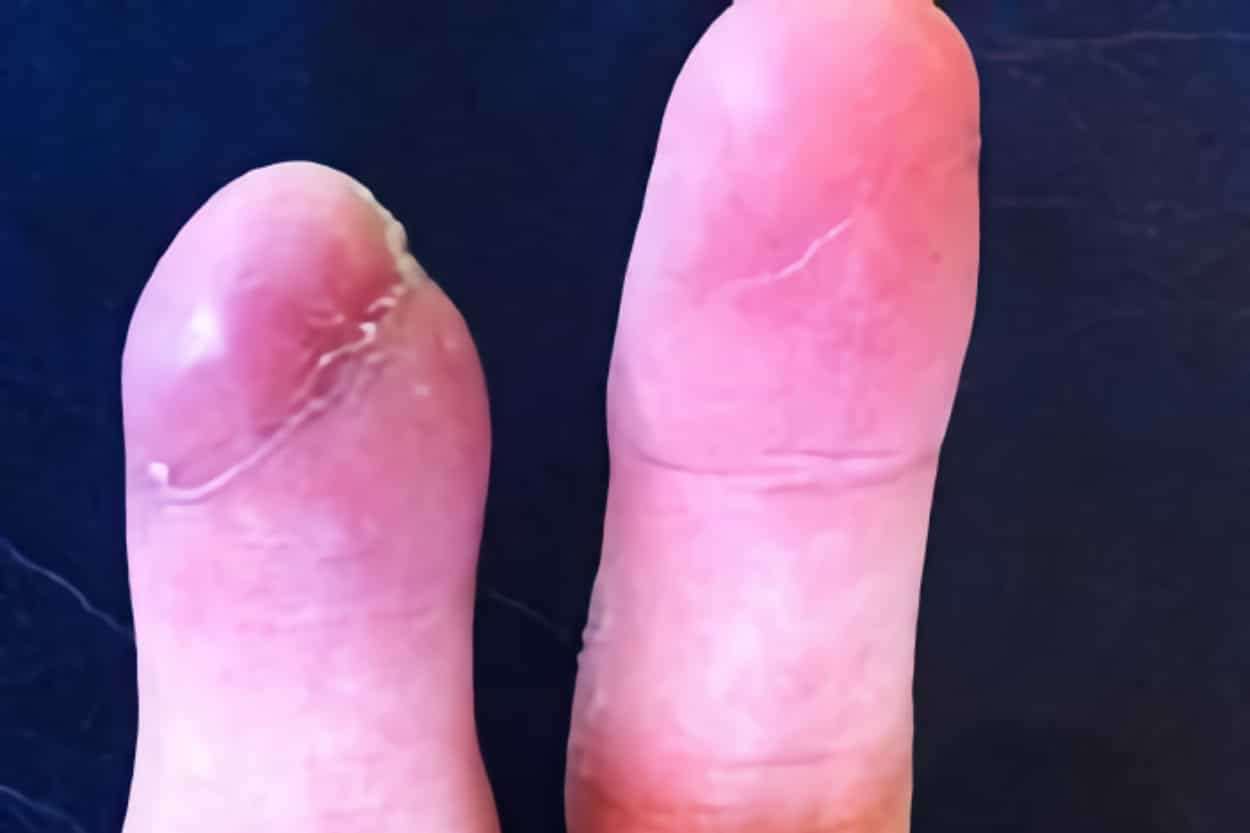 Now, 8 weeks later my index finger is baby-pink and has made the most remarkable recovery. Its healing progress is beyond my wildest dreams, all thanks to the cutting-edge protocols at LifeWorks. Where else could I have gone to receive this treatment? Any other medical facility would have written me off as they did at the hospital, and I would have incurred the cost and trauma of having a surgeon remove one quarter of my finger, plus all the resulting re-hab.

I am forever in-debted to LifeWorks for making these protocols available and to Sue’s conscientious care. Winston Churchill used to put two fingers up in a victory salute – now I am doing the same.
G.L.

close
Start typing to see posts you are looking for.
Call Now