Please read the success story below. It’s amazing and a good example that if you are sick, we can help you. Some need conventional care, but even with that we can help to make them better.

Have a great week,

“When I walked into Dr. Minkoff’s office almost one year ago, I had freshly finished a strenuous 6-week program that consisted of 32 radiation therapy treatments and 21 continuous days of chemotherapy, and, as a result, I was not feeling myself, to say the least. I was tired all day, every day with physical weakness, mental fog, low motivation and a grim attitude towards my future.

Just a couple months prior, I was diagnosed with a rare, cancerous brain tumor and underwent neurosurgery to have it removed. Once I’d recovered, my doctors then gave me an extensive post-operation treatment program to complete, in order to prevent tumor recurrence, including 6 months of additional chemotherapy treatments. But even though I’d spoken to nearly two dozen doctors, specialists and health experts up to that time, not one was able to explain to me or give me any information whatsoever as to how I could’ve developed such a malady.

I was 26, exercised regularly, ate nutritious food and rarely got sick until the tumor was discovered. So needless to say I was still looking for answers, and that’s where Dr. Minkoff came in. He ran tests on me that no other doctor had run and found that I had numerous internal issues and deficiencies that none had found prior. He was able to answer my questions and give me information as to how and why my body was susceptible to the condition I’d developed. He then gave me an extensive protocol to follow that would help me recover from the treatments I’d just undergone, and repair the pre-existing precursors that my body had been fighting. And the rest is history!

By day 2 of my colossal vitamin regiment, my energy level was ten-fold, and I felt physically rebooted. I couldn’t believe how great I felt in such a short time span, and it happened virtually overnight!  I followed Dr. Minkoff’s instructions religiously from there on out, asking him questions via email from time to time, and I’m so proud and extremely excited to say that today I’m still tumor free and living a normal, happy life with virtually no repercussions from the harsh medical treatments I’d underwent. Physically, I haven’t felt this great in years, and I have Dr. Minkoff and his team to thank for that from the bottom of my heart. I have no idea what kind of condition I’d be in right now without them.”

In your practice, what gives you the greatest pleasure?

The Root of It All:
A Deeper Look into Root Canals and the Effect on the Body

Many patients are getting root canals from innocent dentists or a dentist in denial.

Bill Anderson, a health advocate and well-known cancer coach wo hosts a radio program about cancer, states “the most common cause of all cancers, is root canal teeth”. 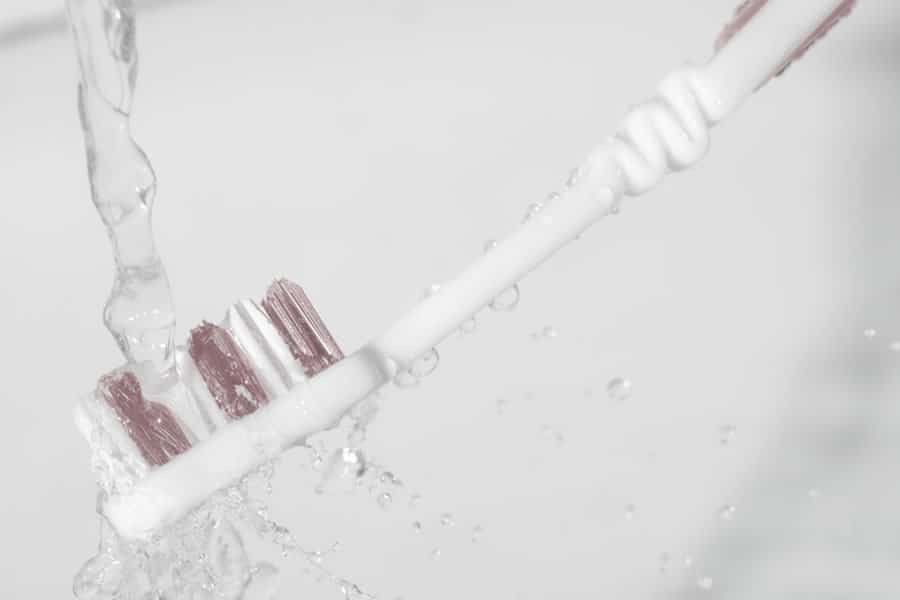 Let me give you a little bit of history first. In the early 1900’s, a dentist by the name of Weston A. Price led a team of about 60 dentists to evaluate the safety of root canals. About 20 years later, they submitted a 1,000-page paper to the American Dental Association.  Guess what they found?

There is “no safe way to do a root canal filling.”  This may be the belief of many dentists who still perform root canals, but possibly, they are afraid of retribution by the dental society to step out.

Dr. Price, actually put pieces of root canals under the skin of rabbits to see what would occur. Within weeks, these rabbits developed the same sort of issues that the human whose teeth it was had. Heart disease was transferred 100% of the time, which shows that root canal teeth are correlated to heart disease. Other diseases hosted by the human, were transferred through the root canal bacteria, to the rabbit.

One study worth mentioning was one done by a Dr. Haden.  He studied over 1500 root canal teeth and he found that 87% of the teeth were infected with bacteria. Other studies revealed about the same percentage of infection in root canal teeth.

Another interesting fact that Dr. Price found was that the front teeth has over 75 channels running from the chamber where the pulp is to the outside of the tooth and all of these can become infected. Most dentists think there is only one channel.

There are many diseases that can be linked to root canals. Dr. Joseph Mercola talks about DNA alteration related to the bacteria that gets trapped under the root canal that not only infects the tooth, but testing has revealed that it infects the periodontal ligament. This is the ligament from the tooth to the bone and the bacteria infects the surrounding blood of the tooth, by about ½ inch and is very contaminated with bacteria.

So, one would wonder, can’t sterilization handle the whole situation. Well, not exactly.  The brilliance of the bacteria that get stuck in the dentin of the teeth, which is the part between the enamel and the root canal, is they are capable of morphing into anaerobic bacteria, in other words, bacteria that do not need oxygen and part of the unbelievable quality of these nasty little guys is that they are 1,000 times more toxic than bacteria in the body. The bacteria produce a gas called “thioethers,” which travel throughout the body and infect the body, causing the majority of illnesses and most often, one will never heal, if this is not handled.

I would like to mention a few revolutionaries in the discovery of this pervasive issue and what they have found.

Dr George Meinig was an endodontist who performed thousands of root canals, and after retirement saw the impact of what he had done.  He spent the last years of his life writing the book called “The Root Canal Cover-up” in order to get this serious message out to as many people as possible.

Dr Hal Huggins, DDS is another pioneer in the field of root canal teeth. He did something very interesting. He actually discovered 82 unique bacteria that ONLY originate from the mouth!! Wow!

And to take it a step further, autopsies of people with heart disease, showed 30 of these bacteria in their heart…which could have only originated from the root canal teeth.

And let’s not forget about Dr. Issels, a renowned Integrative cancer specialist in Europe. Dr. Issels said that in the 40 years of treating cancer, 97% of the patients had root canal teeth.

Here is a somewhat sad story of one New York City dentist. He wrote a book, called “The Roots of Disease: Connecting Dentistry and Medicine.”  The general idea in the book is that significant diseases start in the dentist’s chair. This dentist was so harassed by the dental community, he closed down his practice, changed his name and moved his family away from the area.

So, like most health issues, the Integrative Community is most often about 10 years ahead of the mainstream community. With this issue, I hope it is the same and more dentists realize the impact of root canals and what is occurring.

At LifeWorks, with our special, unique way of Autononic Response Testing, we can check to see if your root canals are an issue and refer you to some of the best, most progressive biological dentists in the area. 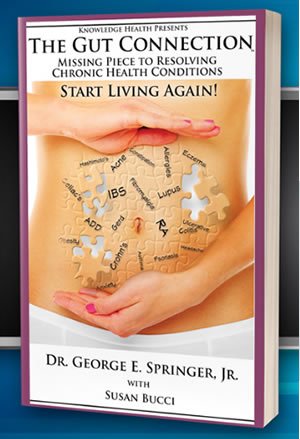 A New Book by Dr. George Springer and Susan Bucci

LifeWorks’ very own Dr. Springer has authored a book with his collaborator, Susan Bucci, called The Gut Connection. In it, they describe how the gut can be linked to many chronic health conditions which may be resolved using natural approaches.

Follow this link to read more about this important new publication.

Click her photo to hear about her LifeWorks experience. 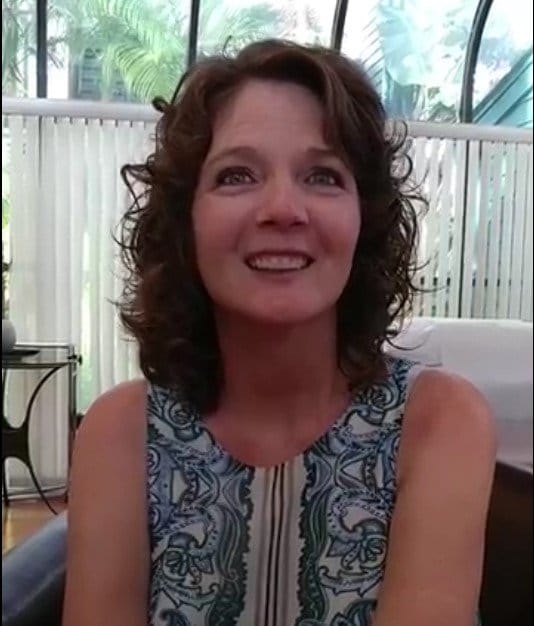 LifeWorks is happy to announce that we are now accepting CareCredit cards. For many people CareCredit can provide an easier way of financing you and your family’s healthcare needs*. For more information go to carecredit.com
*Subject to credit approval.