Virtually all of our Lyme patients get better. I can say that categorically. They come from all over: East coast, West Coast, Canada, Australia, Sweden, Germany, Netherlands, Hawaii.

We recently had a patient, who is an ex pro athlete, with overwhelming fatigue and brain fog.  This patient was sick for years but after 6 weeks of treatment he was feeling “normal” again.

If you have Lyme, come in and do our program. For most in 2-4 months, you’ll regain your health.

We are really good at this. Call for an appointment today!

Have a great week.

“I recently had a Prolozone procedure done. The reason for my email is to extend my upmost gratitude in terms of the way the Jennifer Baer treated me. She was very kind and sensitive to my situation. I’ve been over three years looking for solutions for my back pain, and I believe I found the remedy that is slowly making me better. I have not felt like this in quite some time. I still feel pain, but considerably less than before. “
– Carlos

Is the FDA banning Homeopathy? 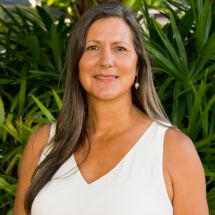 A new issue has arisen in some circles of health and healing.  Many are trying to report the facts without getting emotional.

This issue, as the title states is the conversation of the FDA possibly banning homeopathy. Homeopathy, which was developed by Dr. Samuel Hahnemann in the 1700’s, is based on several principles. One is that like treats like.

Interestingly, Dr Hahnemann was using crude herbs on himself and then patients.  He found that certain symptoms that developed in the patients would give a clear picture of the substance he was using to treat the illness.  This developed a certain picture of what the herb would be used for.  One issue that was found, was there were side effects from the herbs, so Dr Hahnemann set about to fix this.  He kept diluting and diluting and diluting, until he would get the most minute amount of the substance but would still produce the positive effects of healing.

This turned into a legitimate form of treating ill individuals at that time and today, many people are trained in homeopathy and a lot of people use homeopathy to heal themselves.

The FDA approved use of these remedies as follows:

In 1938, the Food, Drug and Cosmetic Act officially acknowledged homeopathy.  Then in 1965, the Medicare Act and in 1987 the FDA Compliance Policy Guidelines accepted homeopathy as a verifiable way to treat illness.

Recently, more information has come to light.  In December 2017, the FDA released a proposal that homeopathics will come under stricter guidelines.  After doing some research and reading into this, I find that it is alarming but not devastating.

In 2010, the popular brand Hylands, who makes homeopathic remedies, pulled Belladonna because it is believed that the remedy had too much Belladonna in it and was linked to 10 infant deaths.  Belladonna is used as a teething remedy.

The recent official FDA statement, from the FDA Commissioner Scott Gottlieb, MD on this issue goes as follows:

“In recent years, we’ve seen a large uptick in products labeled as homeopathic that are being marketed for a wide array of diseases and conditions, from the common cold to cancer.  In many cases, people may be placing their trust and money in therapies that may bring little to no benefit in combating serious ailments, or worse – that may cause significant and even irreparable harm because the products are poorly manufactured, or contain active ingredients that aren’t adequately tested or disclosed to patients.  Our approach to regulating homeopathic drugs must evolve to reflect the current complexity of the market, by taking a more risk-based approach to enforcement.  We respect that some individuals want to use alternative treatments, but the FDA has a responsibility to protect the public from products that may not deliver any benefit and have the potential to cause harm.” (1)

Please submit comments at this link: The Federal Register

If the FDA pushes through the law of evaluating all ingredients in homeopathics then there is cause for alarm.  However, what is occurring now through March 20, 2018, is the FDA is proposing to monitor the remedies that are of serious concern and could have potential life threatening effects.  The reason being, that with all of the new companies producing, selling etc. there is no control of this and the FDA is merely saying there needs to be.

With that being said, realizing there are many alarmists out there, even in the field of Integrative Medicine, with many of the popular health journalists writing on this in a sensationalistic sort of way, I will choose to do my part as an advocate for health and freedom of choice, without going down the pathway of fear and despair.  We will keep you abreast of future events related to this.

Applicable Only While Supplies Last!

Decades ago it was discovered that cancer cells were sugar hungry and they would take up a lot more chemotherapy medication if they were given insulin first.  Based on this idea, IPT was born. Give insulin first, then give a reduced dose of chemo while the same time strengthening the patient’s immune system with IV and oral nutritional protocols and assist them in detoxifying their bodies of harmful environmental toxins.

Why You Should Consider Insulin Potentiation Therapy (IPT)

When a person is diagnosed with cancer it can be frightening because of the uncertainty of recovery and the difficulty of a treatment regimen that may require surgery, radiation and chemotherapy.

At LifeWorks our approach is different. We maximize the potential for recovery by:

We believe this approach gives patients who want a holistic approach to overcoming their cancer a viable option and intelligent choice.

Feel free to call us with any questions or concerns at (727) 466-6789.  We look forward to helping you on your journey to health and wellness.

All the staff at LifeWorks Wellness Center are here to help our patients through their programs and guide them through their journey to better health.

We are so proud of all our patients with their hard work and commitment to following their programs.

Click here if you would like to write a success story on how LifeWorks has helped improve your health.

LifeWorks is happy to announce that we are now accepting CareCredit cards. For many people CareCredit can provide an easier way of financing you and your family’s healthcare needs*. For more information go to carecredit.com

Greetings all! I am concerned. Science and good medicine are about finding facts and that process often requires dissenting opinions until the truth is found. No one has...

END_OF_DOCUMENT_TOKEN_TO_BE_REPLACED

Greetings all! If you are thinking you are old in body but not in mind and you would like to change that, we can help. Jim was one of those people. The body said 80 year...

END_OF_DOCUMENT_TOKEN_TO_BE_REPLACED

Greetings all! One of the most successful healing modalities known is Hyperbaric Oxygen Therapy. We now have two “tanks” and are delivering daily. From a recent patient ...

END_OF_DOCUMENT_TOKEN_TO_BE_REPLACED

close
Start typing to see posts you are looking for.
COVID-19 ALERT:  Attention friends & visitors, now more than ever it's vitally important to get your health on-point...
read more
Call Now