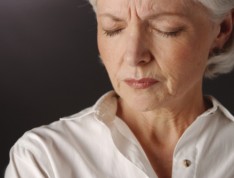 Many women used to think that “the change” or menopause was something they simply had to deal with. No one thought there was anything that could be done to reduce or eliminate the often difficult symptoms. This belief leaves women feeling helpless and miserable at a time when they could be seeking and finding safe, effective help during perimenopause and menopause.

In addition, when doctors did prescribe synthetic hormones to help with menopause there were some negative side effects and dangers that appeared to convey that helping women through menopause with hormones was actually dangerous. In reality the “dangers” purported with giving hormones had more to do with what hormones were used, the dosage, and the combination. Women were being given estrogen from horses. In addition, often a combination of hormones is necessary, as well as the proper dose.

Menopause is the term for the ending of menstruation and a woman losing the ability to get pregnant. This happens through a complex series of hormonal changes that leads to the end of the reproductive years. It usually occurs between ages 45 and 55. Currently in the U.S. the average age is 51 years old.

The time leading up to menopause is termed perimenopause. This transition time usually starts in the early to mid forties, but some women notice symptoms in their mid to late 30s. It can last anywhere from two to eight years.

Symptoms of Perimenopause and Menopause

Both perimenopause and menopause can have unpleasant symptoms and be difficult for women. However, we want women to know that this stage in life does not have to be difficult and there is much that can be done to reduce and eliminate the typical symptoms of menopause.

There are many symptoms a woman can have as she goes through menopause. In fact, there are officially 35 symptoms that can be associated with menopause:

Most women enter menopause naturally as reproductive hormones decline. Periods may become irregular and women may experience some or all of the symptoms listed above during this time.

Chemotherapy and radiation may cause a woman to go into menopause and become infertile. Although it is not always permanent, this can happen. Because it may not be permanent, if a woman does not with to become pregnant birth control methods should be observed.

In other cases, women may need to have surgery to remove the uterus (hysterectomy) and the ovaries (bilateral oophorectomy) for various reasons including excessively heavy periods, large ovarian cysts that do not resolve on their own, or other factors. If the uterus and both ovaries are removed a woman will immediately enter menopause, unless there is hormone replacement given. Entering into menopause suddenly can be very difficult on the body and on the woman’s mental and emotional health, therefore this is not advised, and doctor’s usually prescribe hormone replacement therapy for a period of years to prevent this from happening.

Some women may also go into menopause early due to problems with their ovaries not producing enough or the right combination of hormones.

How We Treat Menopause at LifeWorks

When a woman comes to us with symptoms of perimenopause or menopause we conduct a women’s total health assessment. The reason for this is that all the body systems work together and much can be done to mitigate the symptoms of menopause naturally. If you think you may be experiencing menopause and would like help to make this transition less difficult, a saliva test can be ordered for you, which will tell you what your hormone levels are and from there we can take action to get them back into balance using natural methods.

In addition to the fluctuations in hormone levels that occur during menopause, other possible causes of menopausal discomfort may include adrenal exhaustion and impaired liver function. We also look at diet, environmental estrogenic factors such as plastics and foods that mimic estrogen, toxicity, nutritional deficiencies, and other factors. Once we diagnose underlying causes to menopause discomfort, we can address them naturally through diet, supplements, and other natural means.

At LifeWorks we may prescribe bio-identical hormone replacement when necessary and when doing so would reduce or eliminate the difficult symptoms a woman is experiencing. If a woman does not have a uterus, usually only estrogen is necessary. Otherwise a combination of estrogen, progesterone, and possibly other hormones are required.

Get Natural Help With Menopause

Many Tampa Bay women have found relief from menopause symptoms after visiting LifeWorks. You don’t just have to suffer through the process without help. For more information about our natural treatments for menopause, or to schedule an appointment, call us at our Clearwater clinic at 727-466-6789 or submit an online patient inquiry.

Shortly after going through menopause in my early fifties, my body began to evidence those first signs of aging – first I was diagnosed with high blood pressure; then, a bout of heart arrhythmia; finally, and worst, a nagging lack of energy. I resigned myself to the hard fact that I would never feel the energy of my youth again. I was growing old.

However, five months ago, when new and major breakdowns occurred – severe intestinal problems, daily fatigue, and then major hair loss – I turned to Life Works Wellness Center and poured out the list of my symptoms to Dr. George Springer. Thanks to his wise evaluation and the regimen of natural supplements he prescribed for me, after only four months, I feel that my aging process has reversed itself!

My blood pressure is averaging at or near normal. The re-growth of my hair is so manifest that my hairdresser commented to me last time that my hair is “very, very healthy.” But best of all, I have so much energy that I can once again keep a fast-paced and energetic schedule all day long (no naps needed). I truly feel that I have regained the fifteen years I lost after menopause. Thanks to the wise and caring Dr. Springer, now at the age of 67, happily I am no longer growing old – I’m growing young again!

Does this describe how you mostly feel? Too moody, too tired, too bitchy, too foggy, too anxious, too fat, too stopped up, too little libido? It’s not a mystery. It’s not a mental disorder. It’s your hormones. We can fix them. We have helped thousands of Tampa Bay women become normal and happy, and return...

When people think of hormones, they often link them to the female cycle. A popular view is that hormones get switched on in early teenage years, get turned off at menopause and cause all kinds of trouble in-between. Moody, temperamental teenage girls are often described as having “raging hormones”...

Most women will remember hearing their mother, grandmother or aunt and their friends talking in hushed voices about “the change of life” and quietly cursing it as “something a woman has to put up with”. What were they talking about? Thankfully times have progressed since our grandmother’s day and women’s health...