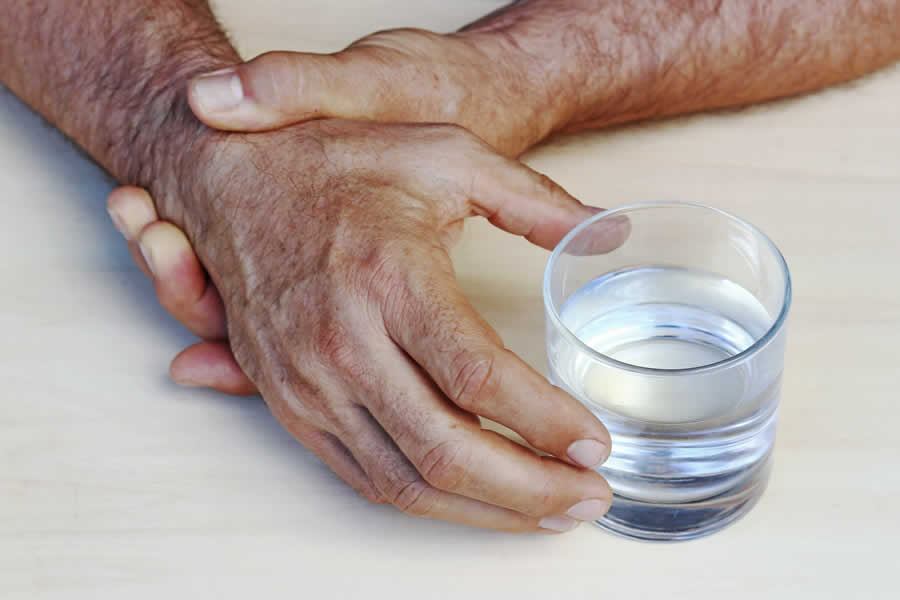 Parkinson's disease (PD) is a neurological condition that can cause vision impairment, difficulty with balance, muscle control, and basic functions of the body. For Parkinson’s sufferers, the main cause of death continues to be aspiration pneumonia.1 There is no cure for PD but the progression can be slowed down, and symptoms can be controlled and even reversed.

Let’s look at what Parkinson's disease is, the symptoms, what causes it, who gets it, diagnosis and conventional medical treatment options and how we treat Parkinson’s naturally at LifeWorks.

What Is Parkinson’s Disease (PD)?

Parkinson's disease (PD) is a progressive and degenerative neurological disorder that affects both motor and non-motor skills. It is a chronic and progressive disease for which there is no cure. It is also considered by western medicine to be idiopathic, which means it can arise spontaneously and the cause is often unknown, although many researchers today believe that it may be some combination of a genetic predisposition and environmental exposure.

The most familiar and visible symptom in a person with PD is the tremors visible in one arm or hand, described by James Parkinson in his 1817 piece “Essay on the Shaking Palsy”, although ironically that is one of the least debilitating symptoms.2

The lack of motor control is due to the decrease in the production of a substance within an area of the brain called the substantia nigra, or “black substance,” called dopamine, a chemical messenger in the brain that controls movement. Therefore movements become slower and more involuntary, muscles become stiff or rigid, and posture is stooped forward.

Each person is unique and will experience the disorder differently; however, these are the most common symptoms among Parkinson’s patients.

Many scientists have reason to believe that environmental factors trigger the disorder in genetically predisposed persons, particularly certain pesticides, and head injuries. Certain genetic mutations are also linked to an increased risk of PD, but the vast majority of cases are not directly related to genetics.

Some studies also indicate that bacteria in the gut can promote Parkinson’s by altering the brain’s immune reactions.3 However, there is no definitive evidence that can narrow it down to just one factor.

Who Gets Parkinson’s Disease?

The average diagnosis of Parkinson's disease occurs at age 60 with an average range being 50-80, although young-onset Parkinson’s can occur in people in their 20s or earlier.4 Age is the greatest risk factor for PD since our cells may be more susceptible to damage as they age. Due to an aging population, researchers predict the number of people with Parkinson’s will double by 2040. PD is diagnosed almost twice as often in men as it is in women.

There are an estimated 1 million Americans living with PD and over 10 million people worldwide.5

How Parkinson’s is Conventionally Diagnosed

Doctors look at the following motor symptoms to diagnose Parkinson's disease, although not all of these symptoms must be present for a diagnosis:

Conventional treatments for Parkinson's disease involve the use of medications to manage the symptoms. The most widely used medications are Levodopa and Carbidopa, usually a combination of both in the form of Sinemet, Sinemet CR or Rytary. While they can ease symptoms for a time, they do nothing to stop or slow the progression of the disease itself.

Many people with PD will time their dosage with a planned activity in order to be able to participate since there are often unwanted side effects with taking the medication. There are also possible complications from long-term use.

Sometimes Deep Brain Stimulation is used as a less invasive therapy. It can lessen symptoms, limit the need for medications and decrease side effects such as dyskinesia (loss of muscle control resulting in involuntary, jerky movements) and hallucinations that can accompany drug therapy.

Rehabilitation is another part of the conventional treatment protocol that focuses on the patient’s fitness level and energy levels. Rehabilitation may include therapy for speech,  mobility, strength, and cognitive and brain health. Specific cardio exercise coupled with cognitive challenges improves not only a patient’s physical health but also their mental and emotional health.

Patients with PD can be very self-conscious about their tremor or difficulty in getting around, therefore many may limit their social interaction. PD patients are encouraged to join a group with other people with Parkinson’s, which can dramatically improve the quality of their lives all around.

When Parkinson’s tremors can’t be controlled with medication, doctors may use Forced Ultrasound, which is a non-invasive surgical procedure that uses targeted ultrasound waves to destroy the brain cells that cause movement problems.

Finally, conventional treatment may include emotional support through mental health counseling, patient education, and treatment of anxiety, depression, and other mental health issues that often accompany this chronic and progressive disease.

Instead of thinking of Parkinson’s as a fixed, static condition, we look at it as a deterioration of multiple bodily systems and functions, which combined create a variety of symptoms which have been labeled as “Parkinson’s”.

When the body has been chronically overwhelmed or unable to keep up with normal maintenance and repair functions, due to some underlying factor (infection, toxicity, pathogen, an autoimmune condition, etc) it will start to deteriorate and malfunction over time. These hidden factors are sidelining and diverting your body’s available resources and energy into trying to cope with these hidden factors and that sets the stage for a disease process to take hold.

Our approach is based on locating and treating these hidden underlying factors. This approach opens the door to more treatment vectors to address and correct, which eliminates these hidden burdens and restores energy, immune and neurological function, thereby releasing the full miraculous healing power of the human body. And that’s why we see amazing health progress with patients and even recoveries using this approach.

Once all the necessary diagnostics are completed, our team of doctors will formulate a treatment program tailor-made for the patient.

Following is a list of some of the more common interventions and therapies we may recommend:

Our View on Parkinson’s

Based on our experience treating clients:

LifeWorks Wellness Center is considered one of the top holistic neurological clinics in the state of Florida and has successfully treated patients from all over the country.

If you are in search of a more natural approach, we can help. Our individualized treatment plans are tailored to your specific needs, addressing each underlying contributory factor in order to improve the integrity of the neurological system as a whole and the overall quality of your life.

If you suspect you are experiencing signs of a neurological disorder, it’s best to get it checked out sooner rather than later. Early diagnosis and treatment improve your chances of mitigating further damage and increases your chances of halting and even reversing disease progression.

You owe it yourself to explore all your options and find out how a more gentle, holistic approach holds out tremendous hope for improvement.

We have helped many patients improve their condition and are determined to help you too.

If you or someone you know is suffering from Parkinson's disease, we would love to share our natural and alternative treatments with you.  To discuss your symptoms or to schedule an appointment, call us at our Clearwater clinic at 727-466-6789 or submit an online patient inquiry.