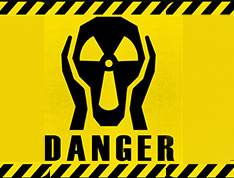 What is Heavy Metal Toxicity

Heavy metal toxicity is a term used to describe the condition a person is suffering from when it is determined they have high levels of heavy metals in their body – they could also be described as being “heavy metal toxic”.

Heavy metal toxicity is caused when the build-up of heavy metals such as aluminum, arsenic, cadmium, lead, and mercury disrupt the normal biochemical process in the body. The heavy metals may come from exposure to multiple sources including cookware, fish, soda cans, freeway dust, cosmetics, vaccines and many, many more.

What are the Symptoms of Heavy Metal Toxicity

Where do Heavy Metals Come From

Mercury: One main source is mercury amalgam fillings which leak into the mouth and then into the body. Other sources include, fish (especially tuna), cosmetics, plastics, fabric softeners, floor waxes/polishes, tattoos, hair dyes and batteries.

What Can Be Done About Heavy Metal Toxicity

Chelation therapy involves getting EDTA by IV drip, along with vitamin C, B complex, Magnesium and specific homeopathics. Normally the practitioner will recommend treatments 2-3 times per week for a total of 10 and then re-evaluate to see if more are needed. Each treatment takes between 30-40 minutes to deliver.

Why You Should Find Out What Your Heavy Metal Levels Are

It is important that anyone suffering from a serious health condition be tested to find out what their heavy metal levels are because they could be the underlying cause of the condition. High levels of one or more heavy metals can lead to many different conditions occurring from fatigue and headaches, to Alzheimer’s, gastro-intestinal irritation, autism, kidney disease and many more.

If you are lucky enough to be healthy it doesn’t mean you don’t have significant quantities of heavy metals in your body which may affect your health in the future, It is important to find out what your heavy metal levels are and if they are high you should begin treatment to reduce them.

Heavy metals have been shown to relentlessly accumulate in human tissue over a lifetime. The removal of these metals with chelation therapy helps to normalize biochemical activity thereby improving circulation and energy.

It is becoming increasingly clear that we all intoxicated with numerous toxic metals, which is why it is important to investigate heavy metal treatment options. When these metals are chelated and periodically removed by EDTA the treatment can benefit well-being, prevent toxic metal induced disorders later in life and very often results in a reduction of minor symptoms such as headaches, muscle aches/spasms and fatigue.

Get Tested for Heavy Metals

Lifeworks Wellness Center is long recognized as one of the foremost natural health clinics in the US. At our Tampa Bay, Florida alternative medicine office we have been offering treatment for heavy metal toxicity for a long time and many of our patients have benefited from it. Our patients fly in from all over the world because they simply can’t find clinics offering tests for heavy metals where they live.

We have helped many patients regain their health and we would love to help you, too. To become a patient, or for more information, feel free to call our New Patient Coordinator at (727) 466-6789 or simply submit an online web form with your request.

What are Heavy Metals

A heavy metal is defined as any metal that can have a toxic effect on the body. The term “heavy metals” originally referred to the dense metals such as cadmium, mercury and lead but it now refers to any toxic metal...

Could You Be Heavy Metal Toxic

If you have any of the above and are experiencing symptoms such as lack of energy, poor circulation, weight-gain, high blood pressure or unexplained aches and pains, the answer to your health riddle may be Heavy Metal Toxicity...

Heavy metal toxicity describes a condition which exists when a person has very high levels of heavy metals in their body and the metal build-up is causing toxicity to occur. Sometimes the person will show signs of a seemingly disrelated health condition...

What is Heavy Metal Poisoning?

In today’s world we are constantly bombarded by heavy metals and this can ultimately lead to heavy metal poisoning. This form of poisoning can result in a number of serious health conditions developing; from joint pain to chronic fatigue to hypothyroidism and many more...

Mercury has been found in some infant vaccines, silver dental fillings as well as contaminated fish. Exposure to mercury leads to the disease we know as mercury poisoning, which can produce toxic effects in high enough doses. Toxic effects include damage to the brain, kidney, and lungs and symptoms typically include sensory impairment (vision, hearing,...

What Is Lead Poisoning

Lead poisoning is a term used to describe a condition a person is suffering from when it is found that they have high levels of lead in their body. Lead is one of the most toxic of the heavy metals and even a small amount can cause health issues.

What Is Mercury Poisoning

Mercury poisoning is a condition which exists when a body has an excess of the heavy metal mercury, in their system. Exposure to mercury is high as it is a naturally-occurring element found extensively in the soil, water and the air.

What is Arsenic Poisoning

Arsenic is a semi-metallic chemical which has been used as a poison for many years, particularly in the Victorian era. Ground water naturally contains levels of arsenic, which in turn finds its way into the food grown in the soil and into drinking water.

Heavy Metals in the Body

Heavy metals are literally everywhere in today’s western world. The best-known are aluminum, lead, and mercury but there are many more, all of which can have a toxic effect on the body if the levels are high.

It is important that anyone suffering from a serious health condition undergo a heavy metal toxicity test to find out what their heavy metal levels are because they could be the underlying cause of the condition. If you have any of the following symptoms...

Heavy metal toxicity occurs when abnormal levels of heavy metals such as lead, mercury and aluminum, build up in the body...

Ethylenediaminetetraacetic acid, widely abbreviated as EDTA, is an amino acid that can be given IV to bind up heavy metals and rid them from the body...

Have you ever considered that you could be lead toxic? (It’s in lipstick, household products, toys, freeway dust, old pipes, old paint) · What about mercury? (Did you eat tuna or other fish this week? Do you have silver/amalgam fillings?) · Are you experiencing lack of energy, poor circulation, weight-gain, high blood pressure or ...

HM toxicity in the environment

How does heavy metal toxicity affect the body?

How is HM toxicity diagnosed?

Why is it important to address HM toxicity?

How HM toxicity mimics other conditions

How effective is HM toxicity treatment?

How to prevent heavy metal toxicity

In this radio interview on RadioMD, Dr. Minkoff discusses the importance of regular detoxification in today's polluted world and also covers how you can proactively detoxify your body.

Autism and A.D.H.D – Why the Epidemic? In recent years there has been an increase in childhood health issues accompanied by an increase in the use of prescription drugs to handle them. It is now estimated that 1 in 150 children have autism spectrum disorders and that 4.4 million youths ages 7-21 have been diagnosed...