Doctors using ozone therapy are becoming more common, and although they are still in the minority in the U.S., their numbers are growing as word of the effectiveness of ozone therapy grows.

On this page we feature four doctors noted for their pioneering work with ozone, including our own Dr. David Minkoff.

Dr. Frank Shallenberger has been practicing medicine for over 42 years. He is licensed in both conventional and alternative medicine. He formed and serves as president of The American Academy of Ozonotherapy, the only professional academy dedicated to teaching ozone therapy in the United States. He is also a charter member of the International Scientific Committee on Ozone Therapy and he has been teaching doctors from all over the world how to use ozone therapy every year since 1993. Dr. Shallenberger is also the developer of Prolozone, an injection technique that has been shown to regenerate damaged joints, herniated discs, and degenerated joints, tendons, and soft tissues. He says, “I’m into prevention. The future of medicine is where you never get sick and only see the doctor to stay well.” For more information about Dr. Shallenberger, go to http://www.antiagingmedicine.com 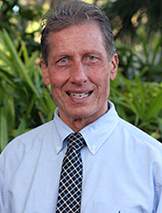 Dr. David Minkoff - Our own Dr. David Minkoff has worked in the area of conventional medicine for more than 20 years before making the switch to alternative medicine in 1997, when he and his wife, Sue, founded LifeWorks Wellness Center in Clearwater. Dr. Minkoff is a member of the American Academy of Ozonotherapy, where he serves as one of two board members, alongside Dr. Shallenberger and is is now one of the best-known ozone therapy doctors in Florida. At Lifeworks Wellness Center, Dr. Minkoff recommends some form of ozone therapy to nearly every patient he sees because of its versatility in treating almost all conditions. “Ozone therapy is perfect because it can be administered in many different ways, it is non-invasive and it can be used to treat everything from mild to acute to chronic conditions. The results we achieve with ozone therapy are very gratifying for us and our patients.” To read more about Dr. Minkoff go to http://www.drminkoff.com

Dr. Howard Robbins practiced traditional medicine for six years before switching to alternative therapies and he has been treating patients with ozone therapy for nearly 25 years. “If you have a disease or condition that you haven’t been able to get rid of, Ozone Therapy will most likely be the answer, even for people that have suffered for years and have lost all hope,” says Robins. He is a founding member of both the American Academy of Ozonotherapy (AAO) and the International Association for Ozone in Healthcare (IAOH). For more information about Dr. Robins go to http://www.ozonedoctor.net 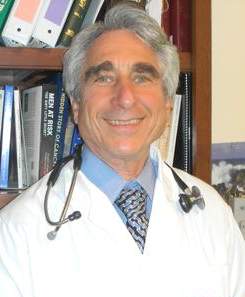 Dr. Robert Rowen moved to alternative medicine in 1983 and he has used ozone in his practice since 1986. He is the past president of International Oxidative Medicine Association and the current ACAM (American College for the Advancement of Medicine) Oxidation Workshop chairman. He says, "I happen to think that oxidation therapy is an ultimate – if not the ultimate – anti-aging therapy... I really believe this. I have been doing this for years”. Dr. Rowen is internationally known and respected for training hundreds of physicians in these ozone techniques from around the world. For more information about Dr. Rowen, go to http://www.docrowen.com/

You Have an Ozone Specialist in Florida!

Dr. David Minkoff & staff treat patients with a variety of different ozone therapies. LifeWorks Wellness Center is considered by many to be Florida’s top ozone therapy clinic. That is because the variety of ozone treatment options at this Tampa Bay clinic exceeds anything available to them where they live. Dr. Minkoff is recognized as one of the foremost doctors using ozone in Florida and patients travel from all over the country to seek consultations with him.