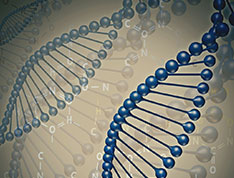 Biophoton therapy or UVBI therapy utilizes Ultra Violet light, a light which is well-known for its ability to purify air, sterilize water and destroy micro-organisms in waste products. Use of UV light to treat disease began back in the 1870s and continued until the 1950s when most mainstream medical doctors began to use vaccines and antibiotics to treat their patients.

The use and over-use of antibiotics has resulted in super-strains of bacteria, viruses and infections (such as the “super-bug”, MRSA) which are resistant to antibiotics, and therefore labelled “incurable”. This has led many practitioners throughout Europe and the U.S. to look for alternative methods of treating these cases and photo-oxidation is once again increasing in popularity as a go-to therapy.

What can UVBI Therapy Treat?

Biophoton Therapy treats conditions which patients have previously felt they would have to “live with”. Such conditions can be greatly relieved with this combination of therapies.

At LifeWorks, we are finding that Biophoton therapy can really be effective in treating many health conditions. Patients are reporting significant improvements in their well-being and are enjoying the simplicity of the procedure. It is a great addition to our already successful range of ozone therapies.

Many residents of Tampa Bay have experienced relief from Biophoton therapy, and you can too. Call 727-466-6789 for an appointment.

A new protocol that combines ozone therapy and light therapy is now available to people who seek relief from lingering viruses, painful infections and autoimmune disease. This new service is called Biophoton therapy, and is also often referred to as UVBI Therapy or UVB Light Therapy....