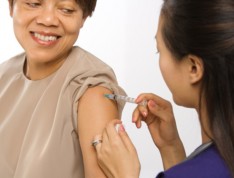 Prolotherapy was first discovered in the middle 1950’s by an orthopedic surgeon named George Hackett. Dr. Hackett noticed that many people who had chronic pain, especially pain around the joints including the low back, neck, hips and knee, had pain stemming from the ligaments and tendons that held those tissues together. In many cases the pain was blamed on the joints themselves or degeneration of the cartilage, or osteoarthritis.

Dr. Hackett discovered that as the ligament is a band of fibrous tissue that holds bones together, just like a rubber band, it can become overstretched. The resulting laxity can cause severe pain as bones rub together or muscles are overworked as they tighten in an attempt to stabilize bones.

At our Clearwater clinic Prolotherapy is a treatment where a solution called a proliferant (a proliferant is something that makes something grow or expand), of a natural substance, is injected directly into the site where the weakened ligament attaches to the bone. These injections trigger the body’s own skeletal system to grow new and healthy collogen which then properly stabilize the bones and joints, relieving various musculoskeletal pain and stiffness.

Prolotherapy is one of the treatments for choice for chronic pain. It is used to treat degenerative arthritis, low back pain, torn ligaments, cartilage, carpal tunnel syndrome and other conditions.

Prolotherapy is a technique which requires no surgery and has no long term negative side-effect, this treatment is extremely valuable. As many as 85% to 90% of people with low back pain can get complete relief with Prolotherapy treatment. In most cases, between 1-6 treatments are required, separated by approximately 3-4 weeks. Over the course of treatment, people feel gradually decreasing pain and improvement of function.

Many Tampa Bay residents have found pain relief from Prolotherapy and it can work for you, too. Call 727-466-6789 for an appointment.

There can be no disputing the fact that the number of people exhibiting the symptoms of R.S.I. has recently reached epidemic proportions. It is also true to say that the epidemic appears to have increased roughly in proportion to the rise in the use of computers. In its extreme form, R.S.I. can mean its victims ...

Anti-aging medicine is the application of medical technology for the early detection, prevention, treatment and reversal of the three age-related “Ds”-dysfunction, disorders and diseases. As an extension of preventive health care, anti-aging medicine it is the next great model of health care for the new millennium. According to the American Academy for Anti-Aging Medicine (A4M),...

Prolozone® is a homeopathic/oxygen-ozone injection technique developed and pioneered by Dr. Frank Shallenberger. At our Clearwater clinic, we find it is excellent for all forms of musculoskeletal and joint pain including chronic neck and back pain...