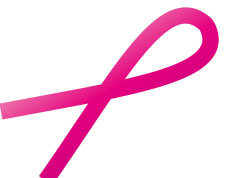 The subject of breast cancer reaps a lot of publicity, especially around October, which is the annual Breast Cancer Awareness month. Women are increasingly encouraged to have regular mammograms to detect lumps, especially if there is a history of breast cancer in their family. However, the truth is that 85% of all diagnoses have no family history of the disease, and by the time a lump is detected the cancer has often taken a hold.

The American Cancer Society estimates that by the end of 2012, approximately 226,870 women will have been diagnosed with invasive breast cancer and about 39,510 will have died as a result. We know that breast cancer is the leading cause of death in women between ages 40 and 55, and while awareness of the disease itself is promoted, little is done to explain why that statistic is so high.

If you research breast cancer on the internet, most sites will point to the same factors which increase a woman’s chances of getting the disease; family history, carrying extra weight, lack of exercise, alcohol consumption and poor diet. Most don’t mention the findings of new research which show a very strong connection between breast cancer and estrogen. In the light of this recent discovery, it is important for women to know how, and why, estrogens can adversely affect their breast health.

Estrogens, like other hormones, leave the body when they have completed their task. Their exit route is via the liver which then excretes them from the body through bile and urine.

Most people are unaware that environmental estrogens exist, let alone the damage they can do. Environmental estrogens are synthetic substances that when absorbed into the body, function similarly to estrogen. As hormone disruptors, they cause some serious problems and have recently been identified as a possible cause of endometriosis and breast cancer, two diseases increasingly found among young women.

Environmental estrogens are found just about everywhere, and no matter how healthy a lifestyle you may have, they are difficult to avoid. They're in plastics and easily leach into plastic-wrapped foods. They're in pesticides, detergents, preservatives, carpets, and even in the air. They are entering your body, so it is important to keep them moving out.

At LifeWorks Wellness Center, we encourage our female patients to regularly monitor their breast health. We believe the very best starting point is Thermography, which measures subtle temperature differences in the breast using photo images of the heat emitted from breast tissue with a special infrared camera. These temperature differences can give us a much earlier clue to the existence of breast disease than has been possible through mammography, and without the radiation. Mammography only detects changes in breast tissue when there is actual structural change due to calcium deposits. With thermography, we can detect the biochemical changes up to 10 years in advance of structural disease occurring and do an early intervention.

Thermography is; non-invasive, no radiation, painless, no contact with the body, F.D.A approved and only takes about 15 minutes.

Another test we offer analyzes a patient’s urine to evaluate the balance of the two types of estrogen metabolites mentioned earlier, and figures the ratio. A ratio of 2.0 or higher seems to indicate a lower risk of getting breast cancer. A lower ratio indicates your chances for developing the disease is higher. With this test, as with Thermography, when changes are detected early, prior to actual tissue disease, the abnormal process can be reversed with holistic treatments and no subsequent disease develops. This is the best use of preventative medicine.

The other issue is how to deal with the deluge of environmental pseudo-estrogens that enter our bodies each day. Did you have coffee in a Styrofoam or plastic lined cup today? Filled your car and smelled the gas fumes? Used cosmetics? Walked barefoot on the grass after the lawn pest service was there?

Went to Sports Authority and inhaled all the plastic fumes for an hour? Chewed some gum or food with your mercury fillings still in your mouth? Ate some pond grown fish full of chemicals, mercury and antibiotics? These are all pseudo-estrogens and they are everwhere. At LifeWorks, we can help get them out of the body so they don’t give your body the wrong estrogen message.

At LifeWorks we recognize the importance of strengthening their fight against the disease by nutritionally building up their immune system and helping them detoxify their body. Important in this process is the oxygenation of the cells, since cancer hates oxygen. Additionally, we also offer IPT Insulin Potentiation Therapy, a form of cancer treatment that does not break down the immune system.

We also help to build up the patient’s metabolism, so it is optimized and can fight the cancer. Throughout the process we monitor hormone levels, do blood work and evaluate the immune system. Our protocols do not break the body down or damage the immune system and are a gentler therapy than traditional cancer therapies.

These protocols are available at Lifeworks Wellness Center For more information call the New Patient Scheduler at 727-466-6789.