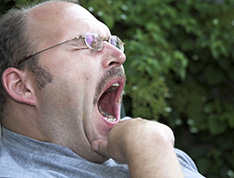 The demographic most often affected by CFS is women between the ages of 30 and 50, but overweight or inactive people are also at increased risk of falling victim to chronic fatigue syndrome. Risks also increase in people who have allergies, depression or who lead very stressful lives, and environmental factors may also play a part.

Diagnosing CFS can be difficult for a physician because reliable testing is limited and the symptoms are very similar to those of other conditions. For this reason, often misdiagnosis can occur and a patient may be told they have Lyme disease, lupus, fibromyalgia, mononucleosis or hypothyroidism. Treatment for chronic fatigue syndrome can only begin when a correct diagnosis is made.

There is no one-known cause of CFS and many researchers believe that there may be a number of factors which contribute to CFS occurring. These may include viruses, hypertension, immune impairment, and hormonal problems.

Another trigger could be stress, which can place a burden on the immune system and the central nervous system, causing inflammation to occur.

Another cause of chronic fatigue syndrome may be viruses, since CFS often develops after a viral infection such as human herpes-6, Epstein-Barr, rubella, Candida albicans and mycoplasma.

What are the Symptoms of Chronic Fatigue

The symptoms of CFS are very varied and depend on its severity. As the name suggests, fatigue is the most common of the symptoms, but it usually has to last six months or more before it is diagnosed as chronic fatigue. Other symptoms include headaches, muscle ache, memory loss, joint pain, sore throat and tender lymph nodes.

How is CFS Diagnosed

Treatment for chronic fatigue syndrome cannot begin until a correct diagnosis is made and the factors causing CFS are established. The symptoms of CFS mimic other conditions, making it extremely difficult to diagnose. The CDC estimates that only 20 percent of people with chronic fatigue are properly diagnosed. Since no single test exists to pinpoint the condition, it is often a guessing game to try to try to establish the root cause of the condition.

When a patient first presents with extreme tiredness or exhaustion which has lasted several months, the practitioner will try to assess what may be causing it. Tests may be ordered to identify or rule out possible causes of CFS symptoms, and a complete review of all medications the patient is taking twill also made, to ensure they are not causing side-effects.

At LifeWorks Wellness Center when a patient reports feelings of exhaustion for several months, a functional evaluation will be performed by the practitioner, to help to determine cause(s) of the exhaustion. We have specific evaluation and testing which look at all the potential causes of CFS, including such issues as chronic virus, thyroid issues, adrenal exhaustion and even dysfunction at the cellular level where the “energy” that runs the body is produced.

At LifeWorks Wellness Center, once the diagnosis described above has been made, the practitioner will describe the natural treatments available for chronic fatigue syndrome. CFS is often a multi-factorial issue rather than a single issue and can differ from person to person. For this reason, all programs are individualized based on what is needed. 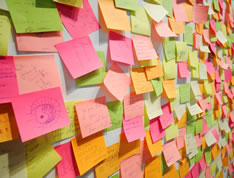 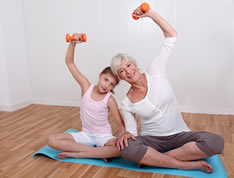 When I first came to Dr. Minkoff, I was physically exhausted all of the time and had trouble dragging my body around and doing even simple things. 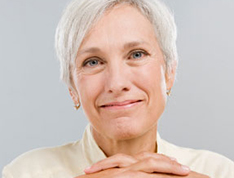 Shortly after going through menopause in my early fifties, my body began to evidence those first signs of aging – first I was diagnosed with high blood pressure; then, a bout of heart arrhythmia; finally, and worst, a nagging lack of energy.

Where to find Natural Treatments for Chronic Fatigue

Lifeworks Wellness Center is long recognized as one of the foremost natural health clinics in the US. At our Tampa Bay, Florida alternative medicine office we have been offering treatment for chronic fatigue syndrome for a long time and many of our patients have regained their energy. Very few clinics offer natural treatments for CFS and so our patients fly in from all over the world because they simply can’t find clinics offering this treatment where they live.

We have helped many patients with chronic fatigue and we would love to help you, too. To become a patient, or for more information, feel free to call our New Patient Coordinator at (727) 466-6789 or simply submit an online web form with your request.

Chronic fatigue syndrome (CFS) is a condition of prolonged and severe tiredness or weariness (fatigue) that is not relieved by rest and is not directly caused by other conditions. Symptoms Symptoms of CFS are similar to those of most common viral infections ie. muscle aches, headache, and fatigue. They come on within a few hours...

The Centers for Disease Control and Prevention (CDC), recognizes chronic fatigue syndrome (CFS) as a defined clinical condition. Chronic fatigue, as the name suggests, usually manifests as extreme tiredness which cannot be remedied with sleep.

By Dr. George Springer
Do you lack the energy you once used to have? Is that extra cup of coffee just not hitting the spot? Are you starting to experience mysterious aches and pains? If you answer “yes”, then like millions of Americans you may be suffering from a very prevalent modern malaise – Fatigue...

Why am I so Tired?

Tiredness and fatigue are almost at epidemic proportions in western society. Why is this?

Epstein-Barr virus (EBV) is also known as human herpes virus 4 and it is one of the most common of human viruses. Most people in the U.S. become infected with the Epstein-Barr virus early in their lives, but most people are not aware of it. By age 35, EBV antibodies are present in most people, which indicates previous infection.

Adrenal fatigue is a term used to describe a condition of the adrenal glands when they are not functioning as well as they should. These two walnut-sized glands are located on top of the kidneys where they manufacture and secrete the hormones which define our energy levels and our general health – estrogen, cortisol and testosterone.

The main symptom of chronic fatigue syndrome (CFS) is extreme tiredness or fatigue which cannot be remedied with sleep. Women are considerably more prone to CFS than men, especially if they are overweight or inactive. Allergies, depression and environmental factors...

Chronic fatigue syndrome (CFS) is recognized by The Centers for Disease Control and Prevention as a defined clinical condition, and thousands of people are treated for it every year.

Mitochondria are are tiny, energy producing factories within our cells that can be damaged over time, leading to inflammation, chronic diseases, obesity, cancer, and more rapid aging and deterioration of mind and body.

What is Chronic Fatigue?

What is Epstein Barr?

Why is Sleep so Important?

What is Adrenal Fatigue?

How We Treat Chronic Fatigue

Do You Have Fibromyalgia?

Dr. George Springer of LifeWorks Wellness Center has practiced integrative medicine for 35 years. One condition he has particular expertise and affinity for, is chronic fatigue syndrome because over the years he has successfully relieved so many patients from its debilitating effects.

Dr. George Springer has been a practitioner at LifeWorks Wellness Center in Clearwater, Florida for more than 13 years. Our Epstein-Barr virus treatment center is at the cutting-edge of alternative medicine and also offers therapies for many other chronic conditions.

LifeWorks Wellness Center is proud to work with Dr. George Springer at our fibromyalgia treatment center, which offers cutting edge therapies for many chronic conditions.