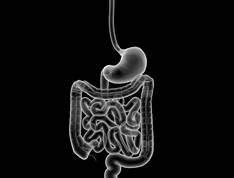 The Gastrointestinal (or GI) tract actually begins in the mouth and travels all the way down through the body to the anus, running between 25 – 32 feet in length in adults. The GI tract includes the oral cavity, pharynx, esophagus, stomach, small intestine, large intestine, rectum and anus. From the point at which food is swallowed, it is helped on its passage by a series of muscles which continuously contract, helping the food pass to the stomach and then into the colon.

If the muscles are working too quickly, diarrhea can occur and if they move too slowly then constipation may result. If the muscles go into any kind of spasm then pain will occur, often in the form of cramps.  When these symptoms persist, many people consult a Gastroenterologist for an exam and possible testing, to determine the type of gastrointestinal disorder they may have. At Lifeworks Wellness Center we offer safe, all natural gastrointestinal treatment for a variety of disorders.

What is Leaky Gut?

Why Stomach Acid is
Good For You

The gastrointestinal treatment plan is different for each separate condition and is put into action after proper testing and a confirmed diagnosis.

Before a gastrointestinal treatment program is recommended, a doctor will review with you the symptoms you have been having, your medical history and will perform any tests needed. Below you will find many of the common conditions and their associated symptoms.

IBS is defined as abdominal pain or discomfort, along with a changed bowel habit (such as diarrhea or constipation), for 3 months or more. The abdomen is the same as the “stomach area.”
The symptoms may be different from person to person and can include:

The most common areas affected by Crohn's disease are the last part of the small intestine called the ileum and the colon. Crohn's disease symptoms can range from mild to severe and may develop gradually or come on suddenly, without warning, and may include:

This condition only affects the lining of the colon and no other part of the GI tract, but this does not make the symptoms any less severe than other gastrointestinal disorders. Common symptoms can include:

The symptoms of GERD are classic stomach ulcer symptoms including:

The symptoms of celiac disease are more varied than those of other gastrointestinal disorders and can affect many parts of the body. They include:

As with celiac disease symptoms, leaky gut can affect many areas of the body and symptoms may include:

Diverticulitis symptoms may last from a few hours to several days and may include:

Overuse of antibiotics can allow bad bacteria to grow in the intestine which can lead to dysfunction, as can toxins in foods, heavy metals or a heavy reliance on laxatives, which taken over time, can cause the bowel muscles to weaken.

Autoimmune disease has been show to directly contribute to Crohn’s disease and Colitisand any kind of immune system dysfunction can leave the GI tract vulnerable to parasites, toxins and antigens which can disrupt its normal functioning.

Most conventional methods of gastrointestinal diagnoses are invasive and can be somewhat traumatic for the patient as they may involve a lighted scope being inserted into either the patient’s rectum or down their throat. Other gastrointestinal diagnosis procedures may involve a fine needle aspiration or biopsy needle being inserted into the patient. These procedures include colonoscopy, flexible sigmoidoscopy, upper GI endoscopy, ERCP, endoscopic ultrasound and liver biopsy.

At LifeWorks Wellness Center, the gastrointestinal diagnosis approach is different. Firstly, the symptoms that the patient is presenting with will be evaluated, and not just the obvious ones such as  bloating, constipation, diarrhea and cramps but also the less obvious signs of gastrointestinal disorders such as fatigue, allergies, candida and so on.

Then a functional evaluation will be performed to assess the functioning of each organ that may be potentially contributing to the symptoms. This is important since the dysfunction of an organ can be as symptomatic as a disease of one. The patient will then be evaluated to see what kind of nutritional supplementation will be required to bring the organ function back into alignment. A functional stool test may also be ordered to evaluate the physiology of the gastrointestinal tract, eg. Is there inflammation in gut, what is the enzyme activity in the pancreas, is bacterial overgrowth or parasites present and what is the immune status in the gut?

At LifeWorks Wellness Center, once the diagnosis described above has been made, natural gastrointestinal treatment program will then be offered. This will be tailored specifically to each individual patient and will involve testing to see which nutritional supplements they will respond best to, in order to rebalance the gastrointestinal tract. There may be multifactorial issues which may be setting off a “chain reaction” throughout the body and so it is important to handle all components of these multiple issues, to ensure the body begins to heal properly.

We have helped many patients with their health concerns through an all-natural and effective gastrointestinal treatment program and we would love to help you, too. To become a patient, or for more information, feel free to call our New Patient Coordinator at (727) 466-6789 or simply submit an online web form with your request.

Heartburn is a burning chest pain, just behind the breastbone. Occasional heartburn is a fairly common digestive complaint which often accompanies indigestion, and 20% of Americans report heartburn as a weekly occurrence. Also known as acid reflux...

Most people are familiar with the signs of diarrhea – they include bowel movements (often very frequent) with stools which are loose and watery. Diarrhea is fairly common and usually harmless, only lasting a couple of days at most and not requiring any treatment...

Stomach pain is very common and almost everyone will experience some form of stomach pain in their lifetime. Stomach pain can vary from mild to severe and may be present for a number of different reasons. Stomach pain may be...

Food allergies or food intolerances affect a huge percentage of the population but most people manage the symptoms of their food allergy by avoiding the food(s) in question, once they have identified which foods they are...

What is Leaky Gut Syndrome?

Leaky gut (also known as Increased Intestinal Permeability) is a term used to describe the condition of the intestines when its lining becomes damaged and gaps appear between the cells. This allows large particles...

If your gut is out of balance, your entire body will go in the same direction. Gut health affects everything in the body. Let’s look at gut dysbiosis symptoms, causes, diagnosis, and natural treatment options.

Many patients have been suffering the very unpleasant symptoms of small intestinal bacterial overgrowth for years, without being correctly diagnosed. Many of them have been prescribed lots of antibiotics in the past for various health issues have had their gut flora changed drastically as a result. What is SIBO?

Crohn’s is a disease of the immune system, and is classified medically as an autoimmune disorder, which means the body is producing antibodies that work against itself...

IBS stands for Irritable Bowel Syndrome, and together with IBD (Irritable Bowel Disease) is a non-specific diagnostic term for conditions which cannot be categorized as either Crohn’s disease or ulcerative colitis...

Colitis, sometimes referred to as ulcerative colitis, is identified as an autoimmune disease in which the lining of the colon becomes inflamed and develops tiny open sores, or ulcers, that produce pus and mucous. This can lead to cramps and diarrhea...

Diverticulitis is often caused by a low-fiber diet. Without fiber, the colon has to work harder than normal to push the stool forward which can cause pouches to form in weak spots along the colon...

GERD is the popular name for Gastroesophageal Reflux Disease or heartburn. This is often caused by the action of a spiral-shaped bacterium called Helicobacter Pylori which uses its whip-like tail to burrow into the stomach or intestinal walls, causing discomfort...

As we in the West eat an increasingly more refined, over-processed diet and take less and less exercise, we pay the price with our health. There are many ailments brought on by poor diet, but one of the most common and often the first indication that our diet is inadequate is constipation. It is the ...

Unless specifically investigated, Leaky Gut Syndrome (otherwise known as Increased Intestinal Permeability) often goes unrecognized, yet this is quite a common health problem...

As the main gateway into our body, the gastro-intestinal system, which includes the mouth, esophagus, stomach and 26ft of intestine, is susceptible to a range of problems. Problems can result in the common symptoms of nausea, stomach pains, vomiting and diarrhea.

Acid Reflux occurs when the contents of the stomach back up into the esophagus. In a healthy person, the valve between the esophagus and the stomach only closes when there is enough acid in the stomach. As people age, or if they are on medication that reduces the amount of stomach acid that they have, they...

Classic stomach ulcer symptoms include burning, intense pain in the mid-upper abdomen, and waking in the early morning, often with a sensation of abnormal hunger. About 80 percent of cases are caused by the action of a spiral-shaped bacterium called Helicobacter Pylori which uses its whip-like tail to burrow into the stomach or intestinal walls...