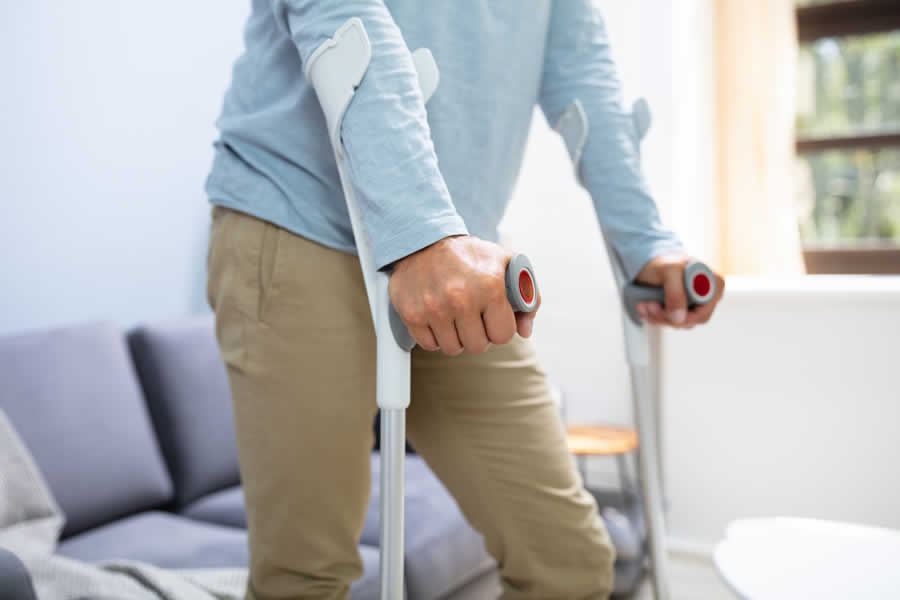 What Is Multiple Sclerosis (MS)?

Multiple Sclerosis (MS) is an autoimmune condition in which immune cells attack myelin-- the fatty tissue that insulates the nerve fibers. You can think of myelin as being similar to the plastic coating on wiring. In MS the body erroneously attacks the myelin, leaving little scars or “sclerosis”. Multiple sclerosis is named because the myelin is attacked over and over again, creating multiple formations of scar tissue around the nerve fibers.

The resulting inflammation and demyelination process inhibits the transmission of messages throughout the central nervous system which includes the brain, spinal cord, and the optic nerves. The damage can also cause a host of symptoms in the body.

To conventional medicine, the cause of MS is unknown, with scientists having reason to believe that environmental factors trigger the autoimmune response in genetically predisposed persons.

However, we have found a pattern of underlying factors which when treated effectively, can often put the disease into remission and sometimes even reverse the condition.

There are four types of MS1:

In order to be defined as a clinically isolated syndrome (CIS) a neurological episode must last at least 24 hours. However, a diagnosis of MS is not yet made. If on a brain scan (MRI) there is evidence of lesions such as those that are seen in MS, the person has a high chance of another neurological episode. If this happens, the person is diagnosed with relapsing-remitting MS. If no lesions are present, there is a much lower chance of developing MS.

Those with CIS who show lesions related to the current symptoms and who may have other lesions from a previous episode in a different area of the brain are at high-risk for developing MS and should be treated.

With relapsing-remitting MS (RRMS) patients have episodes of neurological symptoms and may have complete remission where all symptoms disappear. In some cases, certain symptoms may remain and become permanent. Also during this phase, the disease may gradually worsen so that each episode of symptoms is more pronounced than the last.

Secondary progressing MS (SPMS) is characterized as a gradual worsening of symptoms after an acute episode such that the person progressively worsens. Symptoms become more pronounced and permanent. Each case of SPMS is unique and patients do not necessarily have the same symptoms or the same severity of disability.

Primary progressing MS (PPMS) is diagnosed when symptoms steadily or gradually worsen from the first neurological episode. This form of the disease is not characterized by early relapses or remissions as with RRMS, however, there may be times where the disease is not worsening and remains stable.

Multiple Sclerosis and other autoimmune diseases are notorious for their wide range of symptoms. While one person can experience only a few to a varying degree, another can experience a multitude of symptoms on and off, or in a gradually worsening trajectory.

Every case of MS is different, and not everyone will exhibit the following symptoms. However, these are the most common among MS patients:

Other symptoms of MS that are less common include:

If you have experienced any combination of these symptoms continuously or on an intermittent basis, you should see a qualified doctor to rule out this autoimmune disease.

According to various epidemiologic studies, MS is more prevalent in areas far from the equator. Some scientists have theorized that this higher risk for MS is caused by decreased exposure to sunlight in northern areas. With less sunlight, there is a decreased production of vitamin D-- a vitamin that is thought to play a vital role in immune system function.

Infectious microbes are yet another possible “trigger” for multiple sclerosis. Various viruses have been investigated to determine whether they are possibly the cause or at least one of the causes of MS, but there is no definitive evidence that can narrow it down to just one factor.

Stress, leaky gut and a compromised immune system may also be contributing factors to the development of MS.

There is growing evidence that smoking increases one’s chance of developing MS. Likewise, evidence also shows that when a person stops smoking the debilitating effects of MS will develop at a slower rate.

Who Gets Multiple Sclerosis?

People are most likely to be diagnosed with MS in their late 20s to mid-30s. However, MS can occur in young children and older adults as well.

Cases of MS have been found in most ethnic groups, but the highest prevalence of MS occurs with Caucasians of northern European descent. As with other autoimmune diseases, MS is diagnosed more than two times as often in women as it is in men.

While we take a different approach to healing, conventional treatments for multiple sclerosis involve the use of medications to attempt to interrupt the course of the disease or manage the symptoms. The overall treatment plan involves a series of injections, oral medications, and infused medications. In addition, high-dose corticosteroids are used to reduce inflammation in severe neurological episodes.

Rehabilitation is another part of the conventional treatment protocol that focuses on the patient’s fitness level and energy levels. Rehabilitation may include therapy for speech, swallowing, mobility, strength, and brain health.

Finally, conventional treatment may include emotional support through mental health counseling, patient education, and treatment of anxiety, depression, and other mental health issues that may accompany this debilitating disease.

We believe that these treatments may provide some benefit in managing symptoms but do not address the underlying factors of the disease and therefore miss the mark.

Instead of thinking of Multiple Sclerosis as a fixed, static condition, we look at it as a deterioration of multiple bodily systems and functions, which combined create a variety of symptoms which have been labeled as “MS”.

Systems deteriorate or malfunction over time when the body has been chronically overwhelmed or unable to keep up with normal repair functions, due to some underlying factor (infection, toxicity, pathogen, autoimmune condition, etc). These hidden factors are sidelining and diverting your body’s available resources and energy into trying to cope with these hidden factors and that sets the stage for a disease process to take hold.

Our approach is based on locating and treating these hidden underlying factors. This opens the door to more treatment vectors to address and correct, which eliminates these hidden burdens and restores energy, immune and neurological function, thereby releasing the full miraculous healing power of the human body. And that’s why we see so many amazing recoveries using this approach.

We believe that patients with MS and other neurological issues can make significant improvements using a holistic approach.

To accomplish this, we use a variety of alternative treatments and therapies based on the findings of the test results.

At LifeWorks Wellness Center we believe that health conditions such as multiple sclerosis and other autoimmune diseases are preventable and in many cases are reversible.

We are one of the top holistic MS and autoimmune disease clinics in the state of Florida and have successfully treated patients from all over the country.

If you are searching for a more natural approach to MS treatment, you should reach out to us to learn more about your options.

Early intervention can help prevent further myelin damage and even reverse MS. Our goal is to see our patients live a more healthy life.

We have helped many patients who suffer from MS find relief and recover their health and we would love to answer any questions you may have about our treatment program.

Dr. Rodney Soto is highly trained and Board Certified in Neurology and Holistic Medicine with experience in treating a variety of auto-immune and neurological conditions naturally.

To discuss your symptoms or to schedule an appointment, call us at our Clearwater clinic at 727-466-6789 or submit an online patient inquiry.