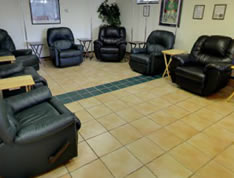 What is Chelation Therapy?

The word “Chelation” comes from the Greek word “chele” which means a claw of a crab or lobster and implies a strong, pincher-like grasping.  In the case of chelation therapy, the grasping is done by a chelating agent and the object grasped is a metal atom.

What is Chelation Therapy Used For?

At our Clearwater clinic, chelation therapy is used as the primary treatment of heavy metal poisoning by lead, cadmium, aluminum, mercury, arsenic, and even iron. Because chelation appears to improve circulation and reduce toxic chemical reactions in the body, it has also been used successfully for arthritis, diabetes, high blood pressure, and eye diseases such as macular degeneration.

How Does Chelation Work?

Heavy metals such as Lead, Mercury, Cadmium, Arsenic, Nickel, and Antimony have been shown to relentlessly accumulate in human tissue over a lifetime.  Aluminum has been implicated as a possible cause of Alzheimer’s disease.  These poisonous metals disrupt the normal biochemical processes. The removal of these heavy metals with chelation therapy is probably a major mechanism by which chelation normalizes biochemical activity thereby improving circulation and energy.

Essential metals such as iron, copper, manganese, and zinc are rearranged in the various body compartments resulting in improved enzyme activity at the cellular level.

Calcium deposits are removed from vessels following chelation and intracellular membranes leading to increased blood flow and better functioning of the enzyme systems imbedded in those membranes.  The result is, again, improved organ function, vitality and energy level.

The blood clotting elements known as platelets are made less sticky, reducing clots in the vessels and leading to improved circulation and reduction in the thromboses that occur during heart attacks and strokes.

What Happens During Chelation?

At LifeWorks Wellness Center, patients have a full medical evaluation and screening blood tests before receiving chelation therapy. The process involves getting the EDTA by intravenous infusion along with vitamin C, B complex, Magnesium and specific homeopathics to improve health.  Normally the physician will recommend treatments 2-3 times per week for a total of 10 and then re-evaluate to see if more are needed. Each treatment takes between 30-40 minutes to deliver.

EDTA is approved by the US Food and Drug Administration ( FDA) for the treatment of heavy metal poisoning, and is considered safe and routinely used for that purpose.

Because heavy metals are removed from the body and circulation is improved many people report that they have greatly increased energy, improved clarity of thinking, and better exercise tolerance. Blood pressure also usually improves as does the general circulation.

By offering Chelation Therapy in Tampa Bay a lot of people have been helped and if our physician feels you would benefit from it you can look forward to improved health and vigor from receiving this treatment.

Autism and A.D.H.D – Why the Epidemic? In recent years there has been an increase in childhood health issues accompanied by an increase in the use of prescription drugs to handle them. It is now estimated that 1 in 150 children have autism spectrum disorders and that 4.4 million youths ages 7-21 have been diagnosed...