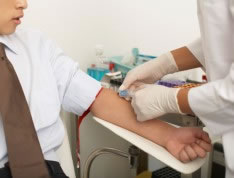 What is Autoimmune Disease? A properly functioning immune system is able to detect the difference between self (what is supposed to be present in the body) and non-self (what is foreign).

However, when the immune system begins to malfunction, it produces autoantibodies which begin to attack perfectly healthy cells because it believes them to be a danger. This causes the condition we know as autoimmune disease - auto, meaning “oneself” and immune – producing antibodies or immunity against oneself.

Some people experience more than one autoimmune disease at any given time and often the symptoms may come and go, varying from severe to mild. The American Autoimmune Related Diseases Association (AARDA) estimates that up to 50 million Americans are affected by autoimmune disease and 75 percent of those affected are women.

Very few people visit their doctor because they believe they have an autoimmune disease per se, but they are more likely to go with unexplained symptoms which need addressing.

Conventional medicine will likely treat such symptoms with prescription drugs in an attempt to suppress or mask symptoms without truly treating the source of the problem.

At LifeWorks Wellness Center, when a patient presents with symptoms which may be linked to autoimmunity, a functional evaluation which might include lab tests will be performed by the practitioner, to help to determine whether autoimmune disease is the cause.

LifeWorks Wellness Center is considered by many to be Florida’s top autoimmune disease clinic. We literally have patients who travel from all over the world seeking our all natural and cutting edge treatment protocols.

We encourage you to review all the informative articles, videos and patient testimonials in our AutoImmune website section below.

To become a patient, or for more information, feel free to call our New Patient Coordinator at (727) 466-6789 or simply submit an online web form with your request.

Conventional treatments for autoimmune diseases can often set the body up for more serious health problems down the road. The only successful treatment is based on getting to the root causes of these conditions.

Since 1997 we’ve been helping patients overcome difficult health conditions & we can likely help you too.

or call our Patient Coordinator at

What is autoimmune disease?

Autoimmune Disease: Why the body attacks itself

Signs and Symptoms of Autoimmune

There are close to 80 different types of autoimmune disease, most of which are commonly known by the names of the condition they manifest as, such as Crohn’s, celiac disease, diabetes type 1 and so on. Many millions of Americans suffer from one or more autoimmune disease, the majority of these being female.

What are Some Autoimmune Diseases

There are approximately 80 different forms of autoimmune disease including rheumatoid arthritis, celiac disease, Crohn’s disease, certain types of thyroid disease and many more.

Autoimmune disease occurs when the immune system of the body which normally protects us from disease and infection, literally attacks its own cells leading to dysfunction of those tissues. This may be restricted to an individual organ or may involve a particular tissue in different places like nerves, muscles, an endocrine gland or a digestive...

Lupus is an autoimmune disease which is a disease in which the immune system attacks healthy tissues in the body causing a wide range of health issues. Because symptoms can come and go, many people don’t realize they have an autoimmune response happening. Rather they may think they are simply sick with a virus, or they may have been diagnosed with some other health issue since lupus symptoms mimic those of other diseases.

Crohn’s Disease is a an autoimmune disease that negatively affects the health of the GI tract. Those who are diagnosed with Crohn’s Disease possess antibodies that mistakenly attack the healthy intestinal bacteria that would otherwise protect you.

Endometriosis is a painful condition that affects 1 in 10 women of reproductive age (12-60 years old) in the U.S. and 176 million women worldwide, according to the Endometriosis Foundation of America. Normally, endometrial tissue lines the uterus, thickens, breaks apart, and eventually sheds from the body during a female’s monthly menstrual cycle.

Lyme Disease is an infection that is borne from the bacteria Borrelia burgdorferi. It is transmitted by ticks and, according to the Centers for Disease Control and Prevention, 300,000 people are diagnosed with Lyme disease every year. Even still, there are many, many more who suffer the debilitating symptoms of Lyme disease and have yet to receive a proper diagnosis.

Psoriasis is a chronic skin condition that causes a buildup of red, scaly, and irritated patches.It is the most common type of autoimmune disease in the United States, affecting as many as 7.5 million Americans. Most often, psoriasis affects areas on or around the elbows, knees, scalp, and torso. Depending on the severity of the condition, certain topical creams and ointments can provide symptomatic relief but because psoriasis is an autoimmune disease at it’s core, the most effective treatments will directly address the health and function of the immune system.

Celiac disease is an autoimmune disorder in which the consumption of gluten (a protein found in wheat, barley, and rye) causes the immune system to attack the lining of the small intestine. According to the Celiac Disease Foundation, this painful condition affects 1 in every 100 people worldwide. Out of those affected, 2.5 million Americans are without proper diagnosis. As with most autoimmune disorders, Celiac disease is difficult to diagnose. The symptoms are vast and varied, and many are telltale signs of other, more common disorders. If left untreated, Celiac disease can lead to severe, long-term health complications.

Multiple sclerosis (MS) is a neurological autoimmune condition that can cause difficulty with balance, vision impairment, muscle control, and basic functions of the body.

According to the American College of Rheumatology, RA (Rheumatoid Arthritis) affects more than 1.3 million Americans, 75% of which are women. RA is a chronic autoimmune disease that usually affects people over the age of 40, but can also affect men and women at a younger age.