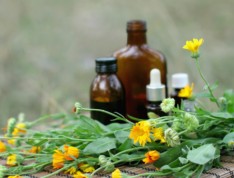 Homeopathy, also known as homeopathic medicine, is a whole medical system that was developed in Germany more than 200 years ago and has been practiced in the United States since the early 19th century. Homeopathy is used for wellness and prevention and to treat many diseases and conditions.

The term homeopathy comes from the Greek words homeo,meaning similar, and pathos,meaning suffering or disease. Homeopathy seeks to stimulate the body's ability to heal itself by giving very small doses of highly diluted substances.

At our Clearwater clinic, we treat people with homeopathy based on genetic and personal health history, body type, and current physical, emotional, and mental symptoms. Treatments are "individualized" or tailored to each person—it is not uncommon for different people with the same condition to receive different treatments.

At LifeWorks we use homeopathy for a range of health concerns, from wellness and prevention, to the treatment of diseases and conditions such as allergies, asthma, chronic fatigue syndrome, depression, digestive disorders, ear infections, headaches, and skin rashes.

The word Kinesiology means Science of Movement which looks at the whole person (not just at selected parts). Kinesiology looks at all types of stresses which can cause disease. They include emotional, nutritional, structural and electrical stress. The basis of Kinesiology is that the body is like an electrical piece of equipment, which is controlled by an incredibly complex computer, namely the...