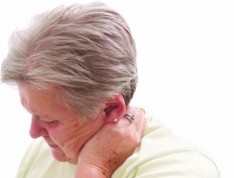 Fibromyalgia is a syndrome that presents with unexplained pain and overall exhaustion. If you suffer from the symptoms of fibromyalgia, you know how debilitating it can be, affecting your ability to function at work and at home. It is also often misunderstood or dismissed, adding more difficulties to the physical symptoms. Fibromyalgia is “one of the most common chronic pain conditions”, according to the National Fibromyalgia Association, and “affects an estimated 10 million people in the U.S. and an estimated 3-6% of the world population.” It most often affects women, but does occur in a small population of men and children.

Fibromyalgia produces a variety of symptoms, the most common being pain. Patients describe the pain as present throughout the whole body that varies from a dull ache to a sharp, throbbing pain. It may also feel like firm knots in the belly of muscles, often causing restricted movement and radiating pain. Some also report that their muscles feel like they have been pulled or overworked, and the skin may feel badly sunburned.

The symptoms of fibromyalgia can include the following:

The symptoms of fibromyalgia are unpredictable and most patients are frustrated by their physical limitations. The inability to carry out even common tasks, perform at a job, participate in their children’s activities, and enjoy hobbies and social activities all result from suffering from fibromyalgia. Getting exercise is difficult, if not impossible, and exacerbates the symptoms, causing the body to become weaker and more prone to injury. In addition, the chronic pain which causes poor sleep and physical limitation often leads to anxiety and depression.

How We Treat Fibromyalgia at LifeWorks

We believe that discovering and treating the underlying cause for the condition is the ideal solution. Often the pain of fibromyalgia is due to an infection or toxin affecting the energy producing areas of the tissues. These little energy manufacturing plants are called mitochondria. We also commonly find that the thyroid gland is not working up to par and that by nutritionally supporting the gland, we can get people feeling better very fast.

But fibromyalgia is often a multifactorial issue rather than a single issue and can differ from person to person. For this reason all patient programs are individualized based on what is needed. We have successfully treated many patients by discovering the unique, underlying causes related to their condition.

At Lifeworks Wellness Center we work tirelessly to discover the real underlying causes of your health condition. Unlike most doctors we are not looking for “quick-fix” symptom suppression that allows the underlying condition to fester and manifest into more serious health conditions. Sometimes short term pain relief is required of course but our singular mission is to rehabilitate the body back to a state of health and well being. We can’t promise that we do it every time, but you will find no office that works harder to help you regain your health and energy so you can live a pain free life.

For more information and to schedule an appointment with Tampa Bay’s best fibromyalgia doctor, call us at our Clearwater clinic at 727 466 6789 or submit an online patient inquiry.

I came to Dr. Minkoff after being sick for over 15 years and diagnosed as depressed, chronic fatigue and fibromyalgia.

When I first arrived at Lifeworks about a year ago, I was actually in denial regarding my chronic health problems which began over 27 years ago. I was exhausted most of the time, unable to walk more than 5 minutes every other day without crashing, severe food allergies...

Hocatt: The Calmness Has Replaced The Anxiety*
Normally, I would get confused and forget what they had said but this time I remained calm and followed the directions, exactly as he had said.

I thank God and you for the great help you have given me. You bought joy into my life again.Since May of 2007, I was suffering from chronic depression, loss of weight, lack of hunger, sleeping problems.

When I came to LifeWorks I had chronic fatigue and digestive issues. I have now been doing treatments for 3 weeks and have seen improvements in both areas.

Within the first month of treatment I was feeling so much better thatI started to do more things.


Do You Have Fibromyalgia or Another Chronic Illness?


What is Adrenal Fatigue?


What is Epstein-Barr Virus?