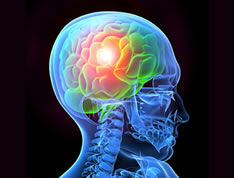 A neurological disorder is a disease that involves the central nervous system which includes the brain, spine, and nerves of the body. Neurological disorders can affect the body in many different ways including changes in the ability to walk, think, remember, breathe, swallow, speak, see, learn, and the like. Some disorders affect cognition and behavior more, whereas others have more physical symptoms. Loss of function in these areas can be frightening as well as debilitating.

Often people seek medical attention to find out what can be done about the symptoms they are having. Usually tests are run and medication is prescribed to try to control the symptoms. At Lifeworks Wellness Center we take a different approach to your health. Rather than masking symptoms or trying to minimize them, we seek to find the root cause of the disease and allow the body to heal itself through proper nutrition, various therapies, and knowledge on how to care for the body to reduce stress and other contributing factors.

Damage to the brain, spine and central nervous system can be present at birth, or can be acquired. During development in the womb, chromosomal abnormalities, gene abnormalities, metabolic disorders and other factors can be present that inhibit normal development of the fetus. Outside factors can also contribute to damage present at birth including infection, environmental toxins, complications at birth, insufficient nutrition, lack of oxygen to the brain, and other factors.

After birth, human neurological systems can be damaged by autoimmune disorders, exposure to toxins and heavy metals, tumors, chronic stress, malnutrition, infections, traumatic brain or spinal cord injury, and other causes. These factors can lead to the development of neurological disorders.

There are over 600 neurological disorders identified today. Here is a list of some of the most common:

Just as there are many neurological disorders, the causes behind them are varied. At Lifeworks Wellness Center we work to find the root cause and address it through natural means which may include:

Sometimes, danger can reside in the smallest of spaces. Mold, pesticides and environmental toxins are the silent killers that can seriously impact your health and increase your risk of developing a number of issues. These hazardous elements may accumulate in your body over time. It isn’t uncommon for a person afflicted with these environmental toxins to be misdiagnosed and mistreated.

Could You Be Heavy Metal Toxic?

If you have any of the above and are experiencing symptoms such as lack of energy, poor circulation, weight-gain, high blood pressure or unexplained aches and pains, the answer to your health riddle may be Heavy Metal Toxicity...

Lyme disease is the most common tick-borne illness in North America and Europe and is caused by the bacterium Borrelia burgdorferi. Deer ticks typically carry the bacteria, which they spread to humans while feeding on their blood, but other insects including mosquitoes are also implicated...

Many of the products that fill the shelves of the local grocery store are swimming with environmental toxins. Some are worse than others, but for pregnant mothers and the developing child, these seemingly harmless products can do unforeseen damage to the developing brain and nervous system.

How Does Heavy Metal Toxicity Affect the Body