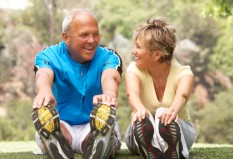 What is Memory Loss

Memory loss is commonly thought of as an aging issue. So called "senior moments" are brushed off as a normal part of the aging process. But is this normal and is there anything that can be done to preserve (and improve) your memory and congnitive function?

60% of U.S. adults say they are either very or somewhat concerned about memory loss and that's understandable. Our memories are an integral part of our personal identity.

Most anyone has had a forgetful moment and this is not abnormal or anything to be concerned about. But if you are experiencing these types of moments more frequently, you could be facing mild cognitive impairment. Mild cognitive impairment is a slight decline in congnitive function, that increases your risk of development more serious ailments, such as dementia and Alzheimer's disease.

While no two people are alike, we've observed some common causes for declining memory and have worked with patients at resolving the underlying causes

One of the key underlying factors is inflammation and this can be caused by any of the following:

Self Care for Memory Loss

There are a number of things you can do for yourself to start working on improving your memory.  We recommend checking with your doctor before implementing any of these ideas.

If you are having memory loss issues that are bothering you or you are having friends or family comment to you about your forgetfulness or cognitive changes, it might be time to see a specialist in natural healing who can help you get to the bottom of things. We use non-invasive treatment and all natural approaches.

We have patients travel from all over the world to our offices in Clearwater, FL where we offer the widest range of natural health treatments available in the U.S.

Call 727-466-6789 today and speak with one of our knowledgable patient coordinators who can answer questions and help figure out your next step. Or feel free to submit an online inquiry.

Oxygen therapies can have a tremendous healing effect on the body.*
Using hydrogen peroxide IV, or Ultra violet blood irradiation, or ozone, we can saturate the blood with oxygen that can kill bacteria, fungi, and viral infections. Also in cases of cardiovascular disease, the blood flow seems to improve and so patients may experience relief of their symptoms.

Prolotherapy was first discovered in the middle 1950’s by an orthopedic surgeon named George Hackett. Dr. Hackett noticed that many people who had chronic pain, especially pain around the joints including the low back, neck, hips and knee, had pain stemming from the ligaments and tendons that held those tissues together. In many cases the...