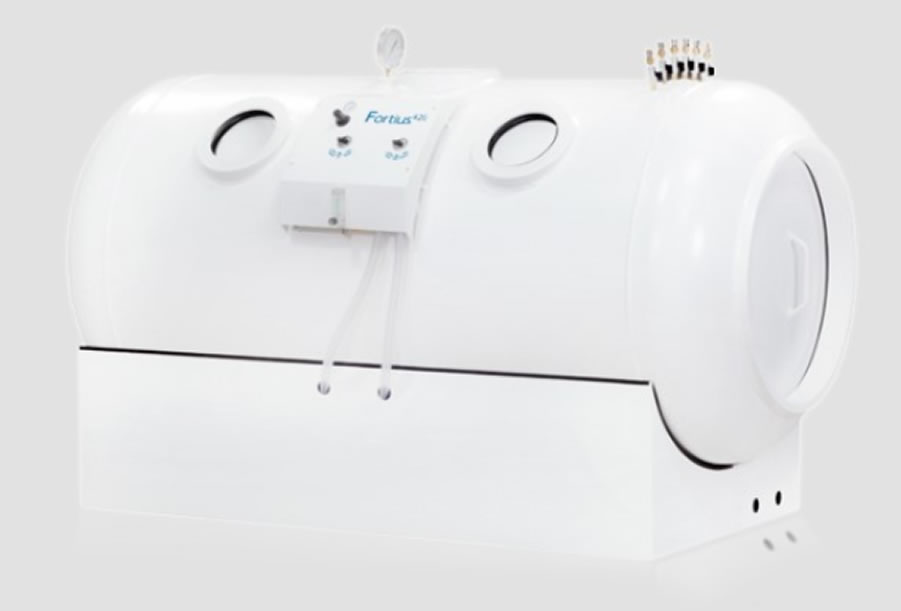 What is Hyperbaric Oxygen Therapy?

The word hyperbaric refers to the medical use of oxygen under greater than normal atmospheric pressures. It comes from the word, hyper meaning “above” and baric meaning “heavy”, referring to the atmosphere as indicated by barometric pressure.

HBOT is a safe and effective therapy that delivers pure oxygen to the patient in a pressurized chamber, allowing the lungs to take in very high levels of pure oxygen.

British physician Nathaniel Henshaw is credited with developing a pressurized oxygen chamber used as a medical intervention in 1662. He created an airtight chamber in which the internal atmosphere could be controlled using valves, bellows, and oxygen. This early device only increased pressure in the chamber and did not actually increase oxygen concentration, as oxygen had not yet been discovered. Henshaw believed that acute conditions would benefit from increased air pressure, while chronic conditions would respond better to decreased air pressure.

Subsequently, oxygen was discovered in 1773 by Swedish pharmacist Carl Wilhelm Scheele, and 61 years later the French physician Junod built a hyperbaric chamber that was successfully used to treat conditions of the lungs. This brought a renewed interest to hyperbaric medicine and in 1917 German inventors Bernhard and Heinrich Drager successfully treated decompression from diving accidents with pressurized oxygen therapy.

HBOT became the standard treatment for military divers in the United States in the 1940s. Since then, extensive research into the use of hyperbaric oxygen therapy as treatment and management for a wide variety of medical conditions has continued.

One hour of hyperbaric oxygen therapy provides the cells of the body 14 times more oxygen than they would normally receive.

These high oxygen levels can create amazing effects in the body such as:

It is performed under medical supervision with one of our trained technicians and as part of a comprehensive treatment program.

As a patient, you will lie in a pressurized chamber for a designated period of time and a specific number of sessions based on your individual needs.

What Is Hyperbaric Oxygen Therapy Used For?

Hyperbaric Oxygen Therapy has been shown to be effective for neurological conditions and many other chronic health conditions, such as:

If you have a neurological condition or any of the health conditions listed above, we highly recommend you see one of our doctors and discuss the benefits of HBOT therapy. Hyperbaric Oxygen Therapy can help improve the body’s immune system, increase blood flow, and positively affect a number of bodily functions. HBOT is safe and non-invasive and is one of the treatments we may recommend to improve the physical and neurological health of our patients.

If you would like to find out more about HBOT, contact us today at our Clearwater clinic at 727-466-6789 or submit an online patient inquiry.