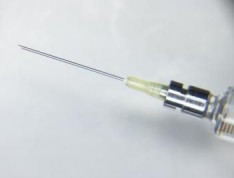 Do You Have Back, Hip or Joint Pain?

Are you suffering from low back pain, mid back pain, shoulder pain or elbow pain? You're not alone. The usual course of treatment for these types of pain are surgery, pain killers, anti-inflammatory drugs and cortisone shots. While some of these solutions may offer temporary relief, they do not treat the underlying cause of the issue. Also, many of these treatments when used frequently, have negative side-effects.

How Does Prolozone Work?

Prolozone is derived from the word "ozone" and the Latin word “proli” which means to regenerate or re-build. It literally means re-building tissues with ozone. And the word Prolozone is comprised of the word “Prolo” which is short for proliferation, because the treatment causes the proliferation (growth, formation) of new ligament tissue in areas where it has become weak.

Prolozone Therapy is an injection technique similar to Prolotherapy that uses ozone. The use of ozone causes the joint to heal much more quickly than in traditional Prolotherapy. This is because ozone is a highly reactive molecule and when injected into a joint capsule it is able to stimulate the fibroblastic joint repairing abilities.

Prolozone causes repair and tightening of the lax structures, partially torn connective tissue and ligaments. Prolozone halts the pain/inflammation cycle. This allows for better circulation, increased blood flow carrying nutrition, and hydration of the damaged tissues. This allows for a healing environment within the joint to develop and results in increased range of motion and decreased pain. Because Prolozone has the ability in many cases to actually corrects the pathology of the disorder, there is a 75-85% chance for the chronic pain sufferer to becoming permanently pain free. By repairing the connective tissue this is all that is needed to permanently reverse chronic pain.

Prolozone Helps Anything That Hurts!

Dr Frank Shallenberger, the creator of Prolozone and president of the American Academy for Ozone Therapy explains what Prolozone Therapy is and what it can do for you.

Prolozone is derived from the word ozone and the Latin word “proli” which means to regenerate or re-build. It literally means re-building tissues with ozone. And the word Prolozone is comprised of the word “Prolo” which is short for proliferation, because the treatment causes the proliferation (growth, formation) of new ligament tissue in areas where it has become weak.

According to the American Academy of Ozonotherapy, Prolozone® is an oxygen-ozone injection technique developed and pioneered by Dr. Frank Shallenberger.

Ligaments are the structural “rubber bands” that hold bones to bones in joints – acting like the body’s shock absorbers. Ligaments can become weak or injured and may not heal back to their original strength or endurance. Ligaments will also not tighten on their own to their original length once injured. This is largely because the blood supply to ligaments is limited, and therefore healing is slow and not always complete. To further complicate this, ligaments also have many nerve endings, and therefore the person will feel pain at the areas where the ligaments are damaged or loose.

We can think of our joints as the hinge on a door. Unless the hinge is fixed to the door, the door just isn’t going to open or close right and it’s the same exact story with our joints. If we are athletic or if we are just getting older there is some gradual and natural degeneration of the moving parts of the body due to ongoing recurrent mechanical stress, and failure of tissues to repair. This can come from lack of nutrients, lack of circulation, aging and inflammation. When this happens the ligaments, tendons, and cartilage become dehydrated and weaker. This results in laxity and more abnormal mechanical stress and shearing forces on the joint. Abnormal shearing forces and torsion cause more joint dysfunction. This leads to a progressive separation of the ligaments from the superficial covering on the bone called the periosteum. This pulling on the periosteum creates a space, which the body fills in with new bone. These new parts of bone are called osteophytes. They are the premier signs of degenerative arthritis in & around the joint. Osteophytes and joint laxity result in a reduced range of motion, which causes strain on surrounding muscles which then become either over or under worked leading to more dysfunction & pain.

Our beloved patient Florence, who turned 100 in 2014 was told by her orthopedic doctor that she had so much arthritis there was nothing he could and that she would have to live with the pain. She disagreed! She researched and found out about Prolozone therapy and then came to LifeWorks Wellness Center. A few Prolozone treatments later, she achieved major pain relief and she’s now back to her spritely self again!

“I have suffered from acute back pain on and off for 25 years and recently it really flared up to the point where I could not walk without a cane. Bending and moving were excruciatingly painful. Since I have a very physical job as a construction contractor, it also prevented me from working. Previously, when my back has been bad I have visited chiropractors but since I’m now a patient of LifeWorks, I called Tamora to ask her advice. She said I should see Dr. Minkoff and have some prolozone therapy. It was a new one on me but I have great faith in LifeWorks, so I thought I would give it a try. When I entered Dr. Minkoff’s room I could barely walk or stand straight. When I left 20 minutes later, I was standing upright and the pain was significantly less. Almost immediately I was able to do some light work, and now after only three sessions I am back at work as normal. I am really impressed by this therapy and would recommend it to anyone in pain. Evidentially, it doesn’t just help back issues – one of the LifeWorks’ staff told me she was having it for wrist pain. What I would say about this therapy is that while other treatments help to ‘manage’ the pain, prolozonetherapy seems to ‘heal’ the source of the pain. Great job, Dr. Minkoff and LifeWorks!”   Greg. L.

I Can Finally Sleep Pain Free

Dear Dr. Minkoff, I just want to thank you for helping me get some relief. I feel like a different woman today! I don’t hurt at all & I actually got a good night’s sleep last night without any pain or pain medicine! That’s the first time in quite a while that I can say that. So, I just wanted to let you know how much better I feel & how thankful for your help & treatment. You’re an angel!  Thank you. D.M.

These Ozone Treatment are Miraculous!

Dr Minkoff, I have had much success with your ozone treatments, they are miraculous. I had tried cortisone shots and many other treatments but nothing worked as well as prolozone. The pain was much reduced and more successful than anything I have tried. I am thankful to you and your clinic for this wonderful success.  PLD 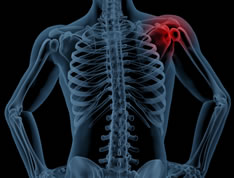 A Huge Difference After Only One Treatment

Prolozone is the BEST thing ever! Wow! What a huge difference it made after only one treatment, I had an immediate result. My right shoulder was scheduled for surgery and I didn’t like that. So I tried an alternative method first. I’m so glad I did because surgery “good bye!” NOT necessary at all. I have no pain and already a huge increase in range of motion. I need less sleep and still feel completely energized. I had a feeling that this O3 – Ozone should help me and fought hard to be able to get this treatment and now it totally paid off!!! IT REALLY, REALLY WORKS! Fantastic, miraculous results.   Antje. V

If you are living with chronic pain, Prolozone Therapy could help you. We are the #1 Prolozone clinic in the Tampa Bay area. We treat a variety of patients, from high performance athletes, to weekend warriors, to everyday people who are suffering from new or old injuries which are limiting their activity levels or just causing annoying chronic pain.

If you're sick and tired of suffering from chronic joint pain and are looking for alternatives to invasive surgery, you owe it to yourself to try prolozone.

Call us today at 727-466-6789 to find out more information or to book an appointment or feel free to inquire online.

Got back pain or any other joint pain. You really need to try Prolozone. Prolozone therapy is a form of Ozone Therapy which is a oxygen-ozone injection technique developed and pioneered by Dr. Frank Shallenberger. At our Clearwater clinic, we find it is excellent for all forms of musculoskeletal and joint pain including chronic neck and back pain...

Oxygen therapies can have a tremendous healing effect on the body.*
Using hydrogen peroxide IV, or Ultra violet blood irradiation, or ozone, we can saturate the blood with oxygen that can kill bacteria, fungi, and viral infections. Also in cases of cardiovascular disease, the blood flow seems to improve and so patients may experience relief of their symptoms.

Prolotherapy was first discovered in the middle 1950’s by an orthopedic surgeon named George Hackett. Dr. Hackett noticed that many people who had chronic pain, especially pain around the joints including the low back, neck, hips and knee, had pain stemming from the ligaments and tendons that held those tissues together. In many cases the...