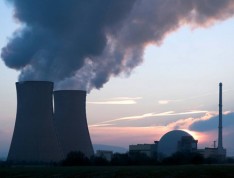 Pollutants invade the body’s tissue just as they invade the bloodstream. In particular, heavy metals can contribute to degenerative diseases. They can also cause symptoms, such as chronic fatigue, memory loss, insomnia, unexplained tremors, depression, and chronic headaches, among other problems. Ridding the body of these toxic substances may improve a person’s ability to live longer, relieve life-debilitating symptoms, and may even improve a person’s resistance to the effects of some diseases.

How we treat Heavy Metal Toxicity in Tampa Bay

At LifeWorks we recommend oral or IV Chelation Therapy as the primary treatment of heavy metal intoxication by lead, cadmium, aluminum, mercury, arsenic, and even iron. Each patient receives a full medical evaluation and screening blood tests before receiving chelation therapy. Chelation is an intravenous therapy with an amino acid called EDTA (Ethylene-diamine-tetra-acetic acid). This substance binds toxic metals and removes them from the body so that they can not continue to cause harm.

For more information about handling heavy metal toxicity call our Clearwater clinic at 727 466 6789.

Mercury has been found in some infant vaccines, silver dental fillings as well as contaminated fish. Exposure to mercury leads to the disease we know as mercury poisoning, which can produce toxic effects in high enough doses. Toxic effects include damage to the brain, kidney, and lungs and symptoms typically include sensory impairment (vision, hearing,...