Ozone Therapy Can Restore Health When All Else Fails

Ozone Therapy Can Restore Health When All Else Fails 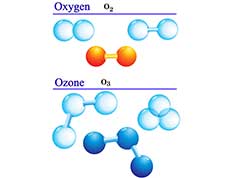 Ozone is a “supercharged” version of oxygen and when used for medical purposes, it has remarkable benefits. In nature, what we breathe is oxygen, known as O2 and when this is activated for use in the body it splits into three atoms and become ozone or O3 which behaves very differently to O2. It has much more energy and can work faster in terms of healing almost any condition in the body.

Ozone therapy has been used worldwide in healing for more than 50 years and is now growing in popularity in the U.S. One reason for this is that practitioners are recognizing that restoring health with ozone is a preferable route for many patients, since most methods of delivery are reasonably non-invasive and can have fast-acting results.

No matter what the illness, from a minor virus to a chronic condition, the body requires oxygen to heal. Without adequate oxygen the body’s immune system loses the ability to fight unwanted invaders such as bacteria, virus, cancer cells, autoimmune disease and more. A body can become depleted of oxygen for a number of reasons including the fact that, particularly in the Western world, most people lead very sedentary lives, moving from the house to the car to the office with very little exercise. Without taking regular deep breaths, the oxygen supply to the body becomes increasingly depleted.

When introduced for medical purposes, ozone works in the body by activating poor-functioning immune cells which is the first step to handling any condition. Getting them to work properly means they can resume their normal function and start fighting whatever is present in the body that shouldn’t be there. Ozone therapy also activates red blood cell metabolism and improves their release of oxygen into the body.

How Ozone Works in the Body

Restoring health with ozone can be a speedy or a slow process, depending on the severity of the condition being treated. The main ways it works are:

Ozone Therapy and the Immune System

In order to stay healthy, a person has to have an optimally functioning immune system. The role of the immune system is to seek out and identify “foreign bodies” that may invade the body. These can range from viruses to bacteria to parasites and more. Once the immune system has hunted these down, it must be able to distinguish them from the body’s healthy tissue and start attacking them. This keeps the body in a healthy state.

However, when the immune system is not working as it should, it may not recognize “foreign” invaders and therefore, if it takes no action against them, they multiply and thrive leading to health conditions such as cancer, Lyme disease, fibromyalgia, herpes and almost all conditions you can name.

Another reaction of a poorly functioning immune system is to actually turn upon the healthy cells of the body and start attacking them, leading to a condition known as autoimmune disease. Examples of this are Hashimotos thyroiditis, systemic lupus, colitis, rheumatoid arthritis, multiple sclerosis, diabetes type 1 and Crohn’s disease.

Ozone therapy works with the immune system by giving it the “food” it needs to fight attacker. A normally functioning immune system naturally produces ozone and other antioxidants to wipe out pathogens, but when it is depleted of oxygen it can’t perform this task. So, by introducing ozone into the body, it can enter the cells of the immune system and jump-start it into functioning properly once more.

Some of the ways that ozone therapy can be administered include: through the ears, vaginally, rectally, into the bladder, topically via an zone steam sauna and via various IV applications.

Restoring health with ozone is a very natural process and ozone therapy can provide the body’s immune system with the correct tools to do its job. Patients find that healing occurs more quickly, effectively and naturally by turning on the natural function of the body, rather than trying to stimulate it with medications.

LifeWorks Wellness Center is considered by many to be Florida’s top ozone therapy clinic and patients travel from all over the country to seek treatment. That is because the variety of ozone treatment options at this Tampa Bay clinic exceeds anything available to them where they live. Ozone is recommended to nearly every patient at LifeWorks and the results are almost always very positive.