What is Ozone Therapy?

What is Ozone Therapy? 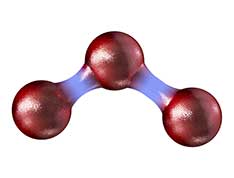 Ozone is a “supercharged” version of oxygen which makes it unique in helping the body to heal. Its increased energy means that it can work quickly to improve the function of the immune system, which in turn means it is able to effectively fight “foreign bodies” in the body.

The body’s immune system naturally produces ozone to help it to do its job. If the body becomes depleted of oxygen, which is common in many people, the immune system struggles to perform its task and various conditions are allowed to thrive including bacteria, viruses, autoimmune disease and more.

Ozone can help the body to heal by:

It was German chemist Christian Friedrich Schönbein who first synthesized ozone and it was his collaborator, Liebig who gave the name “ozonized oxygen”. Ozone therapy as we now know it, then went through various cycles including being administered in the form of gas insufflations in animals and humans as early as 1857.

In 1870, the German doctor Lender made a breakthrough discovery of the antimicrobial properties of ozone and published the first report on its use as a purifier of blood. America joined the interest in ozone in 1885, when the Florida Medical Association published a textbook by Dr. Kenworth on the medical applications of ozone.

Since the 1950s, ozone treatments have been widely administered to European patients suffering from chronic disease, and it is now widely applied in practices in more than 50 countries around the world. Ozone therapy is quickly growing in popularity in the U.S., with an increasing number of practitioners offering it to their patients who have difficult chronic diseases.

Who Can Benefit from Ozone Treatments?

Restoring health with ozone is a very natural process and an increasing number of practitioners are using ozone therapy in their practices. Most patients are very comfortable with ozone treatments because they are reasonably non-invasive and can have fast-acting results.

Because ozone therapy provides the body’s immune system with the correct tools to do its job can be used to fight almost any condition including cancer, Lyme disease, fibromyalgia, herpes, Hashimotos thyroiditis, systemic lupus, colitis, rheumatoid arthritis, multiple sclerosis, diabetes type 1 and Crohn’s disease and almost all conditions you can name.

Medically administered it is very effective as an antibacterial, germicidal, and anti-fungicidal agent.

Some of the ways that ozone therapy can be administered include: through the ears, vaginally, rectally, into the bladder, topically via an ozone steam sauna and via various IV applications.

LifeWorks Wellness Center is considered by many to be Florida’s top ozone therapy clinic and patients travel from all over the country to seek treatment. That is because the variety of ozone treatment options at this Tampa Bay clinic exceeds anything available to them where they live. Ozone is recommended to nearly every patient at LifeWorks and the results are almost always very positive.