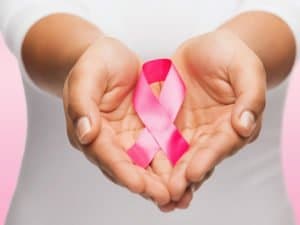 There probably isn’t another form of cancer which generates as much publicity as breast cancer. Breast cancer awareness charities garner massive support because of most people in the U.S. know someone, be it a family member, friend or co-worker, who has been touched by the disease. Indeed, the National Cancer Institute estimates that in 2014 there will be 232,670 new cases of breast cancer, with approximately 12.3 percent of women in the U.S. being diagnosed in their lifetime.

Breast cancer originates from the breast tissue, usually from the inner lining of milk ducts or the lobules that supply the ducts with milk. Often, the first noticeable sign that a woman detects is a lump that is noticeably different from the rest of the breast, or she may find a lump in her lymph nodes of her armpits which may also indicate breast cancer. Other indicators include one breast becoming enlarged, a nipple changing position or becoming inverted, dimpling of the skin, discharge from nipple, constant pain in part of the breast or armpit, and swelling beneath the armpit or around the collarbone.

Historically, breast cancer was one of the earliest forms of the disease to be acknowledged, mainly due to its visibility. Cancers within the organs of the body were rarely detected because autopsies were almost never performed.  Breast cancer could be felt through the skin and often seen, and the oldest description of cancer was discovered in Egypt and dates back to approximately 1600 BC, with the first mastectomy being performed in 548 AD. From the time of the Greeks through the 17th century, it was believed that breast cancer was generally caused by an excess of black bile. In the 17th century, doctors achieved greater understanding of the circulatory system and the link was made between breast cancer’s spread to the lymph nodes in the armpit. Mastectomies remained the standard medical procedure in America until the 1970s, when a new understanding of metastasis gave recognition to cancer as a systemic illness as well as a localized one, and new procedures were developed that proved effective to varying degrees.

At LifeWorks Wellness Center, we encourage all of our female patients to have an annual Thermography session, which is the use of thermal imaging to provide early detection of any abnormalities in the breasts, sometimes up to 10 years in advance of breast cancer occurring. It is our opinion that this is a safer, more accurate screening method than mammograms which carry radiation risk and only detect changes in breast tissue when actual structural changes have already taken place.

Patient describes finding a spot on her breast which turned out to be cancerous. After meeting with her oncologist, she came to LifeWorks Wellness Center to find out what the alternative cancer treatment options were, since she wanted to avoid surgery and radiation if possible.

For those patients who come to us already diagnosed with breast cancer, or who have it diagnosed during their time as a patient, we offer alternative treatments for breast cancer. This involves using a combination of Insulin Potentiation Therapy (IPT) which is a very low-dose form of chemotherapy and combining it with one or more of our ozone and IV therapies.

IPT is a real breakthrough in the treatment of many forms of cancer. It is now widely recognized that cancer cells are always hungry for sugar – it feeds them and makes them grow and multiply. So, by giving the patient some insulin, the cancer cells are tricked into believing that sugar is in the body and on its way to them and they open wide to receive it. These sugar-hungry receptive cells are then given a reduced dose of chemo (about 10% of a traditional dose) which directly targets the cancer cells, leaving the healthy cells mostly unharmed. Therefore, the patient does not usually experience debilitating hair loss, nausea or the other symptoms which regular chemotherapy patients experience.

At LifeWorks, we complement Insulin Potentiation Therapy (IPT) with various ozone therapies since cancer cells struggle to survive in an oxygen-rich environment. The ozone therapy also energizes the healthy cells and this may help them to fight back against the cancer. We also strengthen the patient’s immune system with IV Therapy and oral nutritional protocols which maximize the potential for recovery.

My Cancer Was Diagnosed at LifeWorks.*

Facebook Twitter Pinterest linkedin
My Toronto Physician had diagnosed either Rheumatoid Arthritis or Fibromyalgia. My research said that OZONE Therapy may help my joint pain. I searched OZONE Therapies online...

END_OF_DOCUMENT_TOKEN_TO_BE_REPLACED

My Battle Against Breast Cancer*

Facebook Twitter Pinterest linkedin
Dr. Minkoff, I had the metal in my teeth removed as you had recommended.  I did that at Christmas and you were right, immediately my immune system starting kicking in and I...

END_OF_DOCUMENT_TOKEN_TO_BE_REPLACED

We have helped many patients regain their health and we would love to help you, too.

To become a patient or for more information feel free to call our New Patient Scheduler at (727) 466-6789 or simply submit an online web inquiry with your request.

close
Start typing to see posts you are looking for.
Call Now