In case you haven’t noticed, or realized it, drugs, both legal and illegal are the scourge of modern society. They are making cripples and zombies out of vast numbers of our citizens. And now as a cherry on this insane cake, in Florida, we have a new constitutional amendment to legalize another mind altering/brain damaging drug. Yes, I know this drug well. I was a child of the 60s and smoked/ate my share. But it is damaging and almost never good. Yes, there may be a few medical uses, but honestly in my experience, that’s VERY rare.

Did you know that the world drug business is nearing a trillion dollars and that the US market alone is about $300 million of that?

We used to be one nation under God, with liberty and justice for all, but in our doped society, that is considered insensitive. Now we have one nation under drugs, and a population enslaved by pharma masters controlling the media so pervasively that escape is all but impossible. Just over half of our citizens are now taking at least one or more prescription drugs per month and 37% of those over 60 are averaging five or more!

Side effects? Who cares, just give another drug to take care of that!

You mean you can’t get an erection or remember anything and are depressed or now have high blood sugar since taking a statin? No worries, we can fix that: just add Viagra, Diabinase, and Prozac. You’ll be fine just like the rest of the zombies who do the same thing. Have no fear, the triumvirate of doctors, the FDA and big Pharma have their best interests in mind – keep themselves in the money and keep you so unconscious and brain washed that you won’t even notice.

And you could end up dead, like one of the over 100,000 are year that are from drug reactions. Realize, that’s the equivalent of a full 747 jet of over 300 people, crashing every day of the year. If that were the case, would anyone ever fly? But people do take drugs without even a thought. And this has been true for the last 35 years according to research printed in the Journal of the American Medical Association.

The only way to be healthy and live a long life is to be healthy so you can live a long life. That’s proper diet, supplements, sleep, sunshine, exercise and having a very high personal moral code. That last one is interesting too, because it, with drugging of society, is being dismantled by Madison Avenue, Hollywood, the ACLU, the public school system and American Psyhiatric Association faster than an addict for a fix. Morals? Personal responsibility? Personal accountability?  God? Oh, we gave those up a long time ago.

Look around. Three quarters of the population is obese and sick. They are being led to slaughter.

Don’t be one of those – and if you are and have had an awakening, then bravo. You can recover and regain your health, your youth and your future. We can help.

At LifeWorks Wellness Center, we fix your health naturally. Call us if you need help.

Have a great week.
Dr David I Minkoff MD

“I normally do not write a review but I felt compelled to write this one. This is in reference to Neionie in the treatment (IV) room. Ms. Neionie is professional, happy in her work, and made my visit pleasant. She made me feel at ease in a stressful situation.

I felt that I made a good choice in coming here and as a group; I am very impressed by the politeness and caring attitude of all the staff.

Thank you once again for the level of service and professionalism.”

In this series of videos LifeWorks’ practitioner, Dr. George Springer, talks about a number of different conditions.

Please plan ahead if you need an appointment, supplements or prescriptions filled. Thank you. 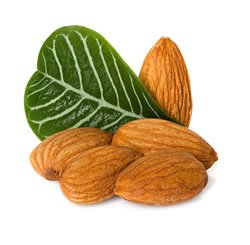 Recently, in our staff meeting, we were speaking of this amazing test we have here to look at pesticides, herbicides, fungicides and all of the “cides” that harm the body. It is called the GPL-TOX test and will reveal either the actual chemical or metabolites of chemicals that one is exposed to via food or environmental. One of the things we are seeing here at LifeWorks, is that our patients’ bodies are laden with these toxins and for overall health and longevity, it is important to eliminate them.

Dr. Minkoff told us about a patient of his who did research on almonds. She is 41, an elite age-group runner who got chronic fatigue. When we got her test, the levels of a very toxic substance, Propylene Oxide (PPO), were thousands of times above acceptable. When Dr. Minkoff asked her what was causing her levels to be so extreme, she had no idea. Then she did some research and found that PPO was used on almonds. She eats 1/2 to a cup of almonds a day and has done for years. This was the source of her toxicity.

She is now doing well and off almonds!

Since many of us eat almonds, I decided to dig a little into it as well.

In 2007, a law was passed in California mandating almonds be pasteurized to prevent salmonella. These almonds have to be either steamed or fumigated with PPO. Growers can ask for special permission to have this waived as long as they have other ways to handle the almonds, blanching, roasting, etc.

About one quarter of almonds come from California. Here is a little information about PPO. This substance is used in making foams, antifreeze and hydraulic fluid.  Lovely, right! Most of us believing we are making a healthy food choice with almonds, have no idea what we are eating!

The Environmental Protection Agency did make moves to ban this process but chose instead, to set a legal limit on it. Almonds may have 150 parts per million (ppm), to be considered safe. The problem is that most almonds tested have about 300 ppm. Overtime, this measurement of 300 ppm has been accepted so as long as the PPO level in almonds is under 300 ppm, this is considered acceptable.

If you think the almonds are better in Canada, take note, they have set the acceptable limit at 300 ppm!

The organization, Citizens for Health, did a little research into specific brands of almonds and what were they actually treated with. Here are some results:

Costco brand Kirkland Signature: Both the Kirkland Signature chocolate-covered and whole almonds are fumigated with PPO, which a spokesman said he was told doesn’t remain in the nuts, despite the fact that almonds containing residues of up to 300 parts per million of this chemical, which California regards as a “known carcinogen,” can be legally sold.

Planters: The age-old Planters brand (now a division of Kraft Foods) told Food Identity Theft that all of its almonds are steam treated, even ones that receive further heat treatments such as oil or dry roasting.

Diamond of California: All Diamond brand almonds receive the PPO gas treatment. A Diamond, spokesperson added that it’s possible the company’s Emerald line of roasted almonds (referred to as “snack nuts”) may be “pasteurized” as well, but they have not confirmed that as of yet.

Blue Diamond Almonds: While its sliced and slivered almonds are steam pasteurized, its whole-nut “natural” line is treated with the toxic PPO gas, according to a representative. Other Blue Diamond Almonds products such as Almond Breeze, Nut Chips and Nut Thins, however, use steam-treated almonds, with any whole “naturals” going to Canada being steamed rather than fumigated.

Whole Foods store 365 brand: All Whole Foods-labeled almonds are steam-treated, since the use of PPO gas, according to a company spokesperson, would be “completely unacceptable to our standards.”

Back to Nature: After a very long wait (and some very bad call-waiting music), we were informed that this brand, which is also owned by Kraft Foods, only uses the steam method.

Superior Nut Company: Every single one of Superior’s non-organic almonds are fumigated with PPO. However, the organic selection sold in bulk at the company’s website is not fumigated. In fact, if these almonds are indeed imported from Spain as the company told us they are (although it’s not confirmed at the website), they could be truly “raw” and not even be required to receive the steam treatment.

Trader Joe’s store brand: Trader Joe’s reported that “no almond with our name on it” would ever receive the gas treatment, meaning all of the company’s branded almonds are steam-treated.

So, when you are out there almond shopping, whether it be for your snack, or your Christmas pie, take the above into consideration and be selective!!

LifeWorks is happy to announce that we are now accepting CareCredit cards. For many people CareCredit can provide an easier way of financing you and your family’s healthcare needs*. For more information go to carecredit.com
*Subject to credit approval.