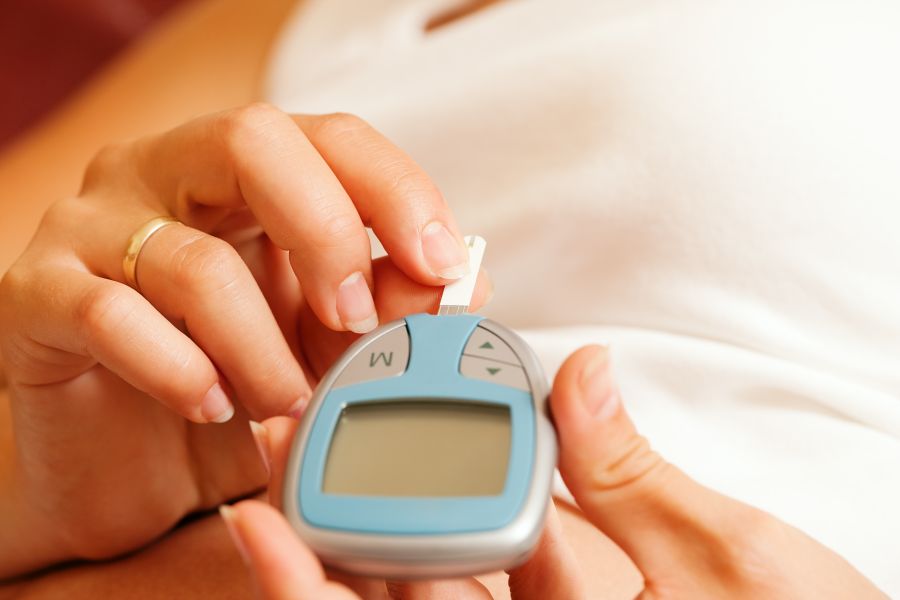 Diabetes is becoming more and more prevalent in the U.S. with 9.4% percent of the population having the condition. Even more alarming is the fact that 95% of the 30.3 million people with diabetes have Type 2 diabetes1 which in most cases is preventable or reversible. Additionally, type 2 diabetes is increasing in children.

The prevalence of diabetes is also rising globally almost quadrupling between 1980 and 2014 from 108 million to 422 million.2  The World Health Organization recently published a global report on diabetes which stated that the rise is mainly due to a population that is becoming more and more overweight and obese. The report encouraged people to eat healthier, exercise regularly and prevent weight gain.3

Diabetes can lead to stroke, heart attack, blindness, amputation of limbs, kidney problems, and more. Let’s explore the types of diabetes, symptoms, causes, and what can be done naturally to address diabetes.

There are two types of diabetes:

Type 1 diabetes affects about 5% of the population and usually occurs in children and adolescents. However, Type 1 diabetes can also develop in adulthood. It is a chronic condition in which the pancreas is not able to produce insulin or produces very little or not enough to manage blood sugar. Type 1 diabetes has no cure and must be treated with insulin, although dietary changes that reduce or prevent blood sugar spikes and lifestyle changes can improve the condition and prevent complications.

Type 2 diabetes, also called adult-onset diabetes, affects about 95% of people who have diabetes. It is a condition of insulin resistance and can lead to low insulin production over time. In Type 2 diabetes, insulin does not have the same effect on blood sugar as a healthy person and sugar is not removed from the blood effectively. In addition, the pancreas may become overworked from needing to produce so much insulin that it becomes unable to produce enough over time.

2015 statistics reveal that 33.9% of adults age 18 and older had prediabetes in 2015.1 This is an alarming statistic with over ⅓ of the adult population heading toward diabetes. In prediabetes, fasting blood glucose levels are between 100 and 125 mg/dL. This is higher than normal, but not high enough to be diagnosed with type 2 diabetes.

Type 1 diabetes symptoms are similar to type 2 except that they are usually less pronounced so that type 2 diabetes may go undiagnosed and untreated for much longer. Diabetes symptoms typically include:

The cause of Type 1 diabetes is still a mystery however some possible causes may be:

The American diet began to change in the 1970s with recommendations from the government to reduce fat. The concerns were with saturated fats, however, Americans were told to reduce all fats.4 Since that time changes to the American diet include:

It's no wonder the statistics for diabetes are so alarming. The nation has not recovered from these food changes, despite dietary recommendations to combat it, and the diabetes statistics show the devastating effects of these changes.

One of sugar's major drawbacks is that it raises the insulin level in the blood, which inhibits the release of growth hormones, which in turn depresses the immune system.

In addition, an influx of sugar into the bloodstream upsets the body's blood-sugar balance, triggering the release of insulin, which the body uses to keep blood-sugar at a constant and safe level.

Sugar, in the form of glucose, is the main source of fuel for body cells. Insulin allows glucose in the blood to enter cells. In type 2 diabetes, either the body doesn't produce enough insulin or cells are resistant to the effects of insulin because they are already overloaded with sugar.

As a result, glucose builds up in the blood instead of entering cells, which causes cells to be deprived of energy. If high glucose levels in the blood persist, it may damage the eyes, heart, kidneys, or nerves.

Other causes of prediabetes and type 2 diabetes include:

What Are the Complications of Diabetes?

Diabetes is the 7th leading cause of death in the United States. Diabetes has a host of complications including but not limited to:

These and other complications can arise from diabetes.2

How is Diabetes Conventionally Treated?

If you are an American diabetic, you may have been told that you can consume sugary and sugar-producing foods multiple times daily as long as you take enough insulin to cover yourself. Sadly, when treating diabetes there has been little recognition of the fact that high levels of insulin are just as dangerous over time as sugar is.

How We Treat Diabetes Naturally at LifeWorks

At LifeWorks we believe that prediabetes and type 2 diabetes are preventable, treatable, and can even be reversed naturally through dietary and lifestyle changes.

We first do a complete evaluation to see what your particular issues are and find the causes. We look at what you are eating and do blood work to find out what nutrient deficiencies you may have.

We check your Insulin-like Growth Factor (IGF) levels, which is a hormone that regulates cell growth and we discuss insulin resistance.

We also look into the possibility of food allergies, overgrowth of yeast or bacteria, and leaky gut. In addition, we check to see what environmental and lifestyle factors may be affecting you such as lack of exercise, stress, pesticides, and heavy metals.

Treatment plans vary depending on the individual and the goal is to develop a plan that improves your diabetes naturally.

Address Your Diabetes Naturally at LifeWorks

If you are looking for natural treatments for diabetes, we look forward to working with you to develop a plan specifically designed to meet your needs and get you on a path to better health.

To discuss your health issue or to schedule an appointment, call us at our Clearwater clinic at 727-466-6789 or submit an online patient inquiry.